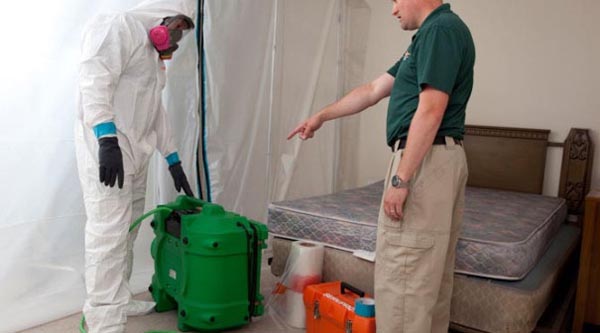 To view the report, click here or read below.

Black mold is a common household danger that many will at some point encounter, but there are many common misconceptions held about black mold and its toxicity.

What is black mold?

Stachybotyrs chartarum, more commonly known as black mold, is a toxic fungus that can cause several types of problems when the spores are inhaled. Neurological, respiratory, circulatory, reproductive, and many other problems are not uncommon symptoms.

Black mold can kill neurons in the brain and impair a person’s mental ability, causing a variety of mental and neurological problems, including:

Since black mold is a fungus, it is the toxic spores and mycotoxins that do a majority of the damage to the body, generally when they are inhaled. As a result, black mold takes a heavy toll on the respiratory system. Pulmonary hemorrhaging (bleeding of the lungs), bleeding gums, difficulty breathing/shortness of breath, swollen lungs, and nosebleeds are all notable symptoms of trichothecene mycotoxins that are lodged in the mucus membranes.

For the complete report, visit their blog.

Servpro is a local disaster, fire, water, and mold damage specialists. They are Atascadero’s water damage restoration leaders, and are readily available 24 hours a day, seven days a week to help any customers in need. Servpro Atascadero strives to make the problem, “like it never happened.” Call them today at (805) 466-6618.