Department alleges Wells Fargo signed up 1,500 consumers for insurance without their consent 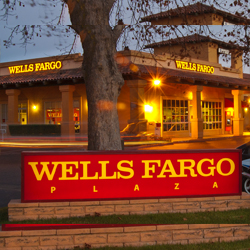 –Wells Fargo Bank, N.A. and Wells Fargo Insurance, Inc., were served with an accusation by the California Department of Insurance seeking to suspend or revoke its licenses for alleged improper insurance sales practices related to the company’s online insurance referral program, which resulted in insurance products being purchased and paid for by consumers without their knowledge.

“Consumers should not be treated like chattel by corporations who take advantage of and abuse the consumers’ trust,’ said Insurance Commissioner Dave Jones. “Companies licensed to transact insurance have an obligation to act with integrity, to obtain consumer consent before placing insurance, to disclose relevant and material information, and to comply with all state insurance laws.”

The accusation is the result of an investigation opened at the direction of Insurance Commissioner Dave Jones, which found that from 2008 to 2016, Wells Fargo customers were issued approximately 1,500 insurance policies without their knowledge or permission. In some cases, employees told consumers to enter their personal information on a policy application merely to receive a quote, but Wells Fargo employees later submitted the application to the insurer to purchase the policy without the consumer’s permission.

In 2016, Wells Fargo paid $185 million to federal regulators to settle claims alleging the bank opened fraudulent deposit and credit card accounts. A bank review found approximately 3.5 million unauthorized deposit and credit card accounts opened from 2009 to 2016. Bank employees opened these unauthorized accounts as part of an incentive compensation program that indirectly encouraged improper sales practices and was not adequately overseen by bank management. Wells Fargo is expected to file a Notice of Defense.