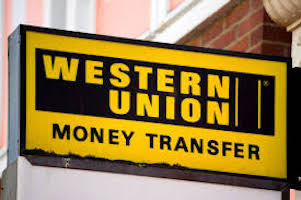 For years, many people who lost money to scams sent their payment through a Western Union wire transfer. Scammers contacted people and promised prizes, loans, jobs, discounted products or other financial rewards in exchange for money upfront. They also pretended to be family members in need of cash or law enforcement officers demanding payment. The scammers told people to send money through Western Union. No one received the cash, prizes, or services they were promised.

If victims lost money to a scammer who had them pay using Western Union between January 1, 2004, and January 19, 2017, victims can now file a claim to get money back. Because of joint investigations by the Federal Trade Commission (FTC), the Department of Justice (DOJ), and the U. S. Postal Inspection Service, Western Union agreed to pay $586 million and admitted to aiding and abetting wire fraud. DOJ is now using that money to provide refunds to people who were tricked into using Western Union to pay scammers.

The deadline for victims (or family members) to file a claim for refunds is May 31, 2018. This website provides information as well as how to access a claim form if needed. https://www.ftc.gov/enforcement/cases-proceedings/refunds/western-union-settlement-faqs. For more information call: 1-844-319-2124.