Paso Robles News|Sunday, October 2, 2022
You are here: Home » Uncategorized » What Is California’s Stance on Online Gambling in 2021?

What Is California’s Stance on Online Gambling in 2021? 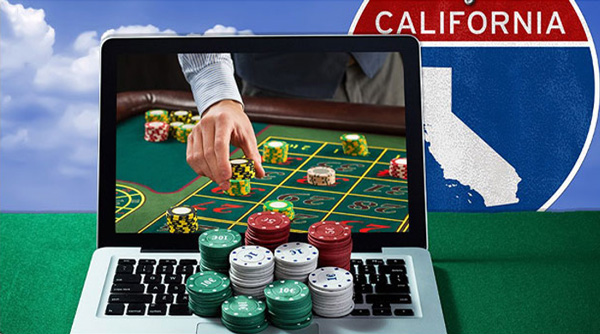 California is one of the most attractive markets for gaming companies in the United States. Gambling in the state has been popular since the Gold Rush. However, the gambling activities at that time were not regulated.

It wasn’t until 1872 that some regulation was introduced. California has one of the highest GDPs in the world and its population is large. The state has 15 big established teams in the four major professional leagues. It is a gambling operator’s dream.

Even in 2021 when many parts of the world have adopted online gambling, California does not have any laws that allow players to participate in online gambling activities except horse racing. The state has no rules that allow or prohibit online gambling. Therefore, although law enforcers cannot prosecute anyone for gambling online, they cannot protect them either.

There are lots of online casinos that accept Californian players. However, they aren’t regulated. The lack of regulation means that consumers do not have any protection. If they run into unscrupulous operators, they have no one to consult for help. Fortunately, there are lots of safe and reliable online casinos in the state.

California may not be every gambler’s paradise but it has a lot to offer. The state has lotteries, daily fantasy sports websites, card houses, and Native American casinos. The advent of the internet has made things even better. It has opened up more opportunities for Californian gamblers.

Even though daily fantasy sports is the only legal type of online gambling in the state, there are no specific laws to legalize it. California does not allow players to bet at poker, sports betting, or casino sites.

The legal gambling age on native land or casinos in California is 18. However, card houses and some native gambling halls have set the limit at 21. Underage gambling is illegal. During the Gold Rush era, California was the betting capital.

It attracted lots of gamblers and that has not changed. There are lots of legislative channels that approve retail gambling in the state. Card rooms, for example, are legal under the California code.

The Indian Gaming Regulatory Act (IGRA) permits Indian tribes to run casinos. These casinos offer a wider variety of games than card rooms. In 2000, a referendum as passed to legalize table games and slots at Indian casinos.

Native casinos have been trying to open online betting sites for a while. However, their efforts were stopped by the courts. The tribes pay a registration fee, annual license, and other taxes to the state. More details about online gambling in California are discussed here.

Since the online betting sites in California are not regulated, finding a safe one requires extra effort. Even though the laws may not be online gambler-friendly; Californians love gambling and many sites have stepped up to offer them what they want.

Even though there are a few bad apples, most Californian betting sites offer generous bonuses and promotions. They have easy transaction methods, and a variety of games for entertainment. Doing some research before you start playing will save you time and money. Consider using sites that have been reviewed positively by other players.

Like other states during the Professional and Amateur Sports Protection Act, sports betting in California has been illegal since 1992. California is yet to legalize the industry, so you cannot bet on sports at online or brick-and-mortar casinos.

Although the United States Supreme Court ruled that all states are at liberty to allow sports betting, California hasn’t done it yet. The state is expected to permit sports betting within the next five years. Until then, Californians have no choice but to seek betting opportunities elsewhere.

The Californian assembly still appears to be divided over the legalization of sports betting. Currently, there aren’t any formal plans to integrate it fully into law.

The State Lottery, and Horse Racing

The state lottery and horse racing are popular betting channels in the state. Horse racing has been legal since 1933. It has developed over the years and today, California has a huge pari-mutuel industry. It has six excellent tracks, and 30 off-track betting facilities. There are high-quality and licensed horse race betting apps in The Golden State.

The state lottery was legalized in 1984 and has been bringing in good returns since then. The Lottery Act states that the purpose of the contest is to raise funds and offer public schools and colleges in the state supplemental funding. In 2010, the California Legislature passed Assembly Bill 142. This bill amended the lottery’s funding formula. It stated that 87 percent of sales would be channeled to the public through contributions to public education and prizes. Currently, the state does not have any online lottery operators.

Strictly speaking, daily fantasy sports is not legal or illegal in California. However, there are a few licensed daily fantasy sites that operate in the state. They include Underdog, DraftKings, and FanDuel. The Attorney General hasn’t attempted to keep anyone from playing and getting into contests. Most DFS sites argue that it a game of skill rather than a gambling activity.

California legislators have been considering the legalization of daily fantasy sports since 2015. In 2016, the assembly passed a bill trying to regulate, tax, and legalize it. However, the bill is yet to be passed.

Poker has been played in California for a long time and it is still legal. When the California Penal Code was enacted, it prohibited many casino and house-banked games. However, it did not outlaw games between players. Therefore, the poker games played at cardrooms are still legal. The state has many cardrooms and players are also permitted to play skill-based table games. California, however, has a freeze on the development of new card houses.

Like online casinos, there are no opportunities to play online poker in California. Even though it is popular, players have no choice but to play at land-based Indian casinos or car houses. Players that wish to play only poker must cross state lines.