What is March Madness? The NCAA Tournament Explained 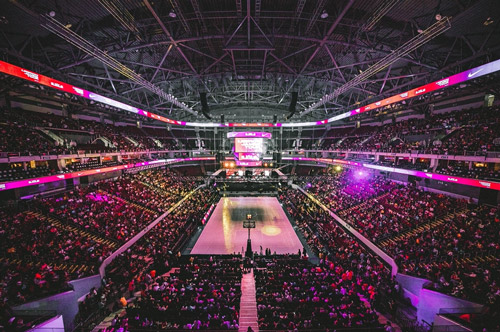 Photo by JC Gellidon on Unsplash

–Are you a sports fanatic? Do you enjoy watching baseball, soccer, football, or field hockey? There are many other sports worldwide, and they are there each week so you can sit back and enjoy a game.

If you are a basketball enthusiast, there is a specific special time of the year. It’s that moment when everywhere you go; sports fans are talking about bubble teams, buzzer-beaters, brackets, and of course, the March Madness!

Where did the term “March Madness” come from?

March Madness pertains to the time of year, which usually happens from mid-March through the first week of April when men’s and women’s college basketball tournaments or the National Collegiate Association (NCAA) are held.

Why is it madness? The term captures the thrills and swirls around the sports world as tournament time commences. During these weeks, the “Big Dance,” as it is termed, happens when hundreds of college basketball teams from the United States battle to earn a spot in the tournament.

Similar to the college basketball and NCAA Tournament, the “March Madness” term started a whole new level below.

The March Madness tournament became known on March 27, 1939, when the University of Oregon won over Ohio State University, the first-ever NCAA men’s basketball tournament. Since then, the tournament has grown and became popular.

For years, the term has been used in public materials, and in 1989 IHSA trademarked the phrase “March Madness.” And 50 years later, it appeared in print.

In the early 1980s, Brent Musberger, a CBS Broadcaster, started using the term when announcing the NCAA tournament. It then became famous in the sports world.

In 2005, College basketball had become a famous sports event, especially among gamblers, next to the Super Bowl. Most of the betting occurs during the tournament, when Las Vegas, including the internet and office pool, would see the live action from sports fans and once-a-year bettors alike.

The Sweet 16, Elite Eight, Final Four, and the two teams compete for the national basketball championship. However, if a team decides to play the play-in game from the men’s side, both men’s and women’s champions must draw and win in six consecutive games to win in college basketball.

What is Selection Sunday?

Selection Sunday occurs when the Selection Committee gives full details on the NCAA tournament bracket, including all the teams and seeds. This year, Selection Sunday is scheduled for March 14, 2021.

Selection Sunday starts before the March Madness tournament. Its is also the day when seeds and brackets are made known to the public.

For the first time, the NCAA will host the entire tournament in one location. In early January, NCAA announced that the 2021’s men’s basketball championship game would be in Indiana. The entire 67 games tournament will take place in Indianapolis. March 14 is still the scheduled date for Selection Sunday, and plans to have the Final Four are on April 3 and 5. Preliminary round dates were held on January 19, as the NCAA announced.

The tournament will be held in two courts in Mackey Arena in West Lafayette, the Bankers Life Fieldhouse, Simon Skjodt Assembly Hall in Bloomington, Lucas Oil Stadium, and the Indiana Farmers Coliseum. There will be only one game at a time allowed at Lucas Oil Stadium. Multiple courts are to be set up inside the venue to practice at the Indiana Convention Center.

How to watch March Madness

March Madness is broadcasted on a live stream on March Madness Live. You can also watch on either TBS, TruTV, CBS, or TNT broadcasting.

How can you join in March Madness?

You can participate by filling out a bracket. The official bracket game or The Bracket Challenge game of the NCAA will open once the committee announces the Selection Sunday field. Then the brackets will lock just before the start of the first game of the first round begins. So it is best if you get your picks before that happens.

Basketball fans, are you ready to join the excitement that is March Madness? Now that March Madness is here, the long-awaited return of the NCAA Tournament is over.  March Madness is finally back after being canceled in 2020 due to pandemic. Albeit with a slight change with the format, it may have a huge effect on how seedings will play out. The NCAA Tournament seems to be a bigger event ever this year, with teams all geared up with their skills.