Where is Paso Robles? 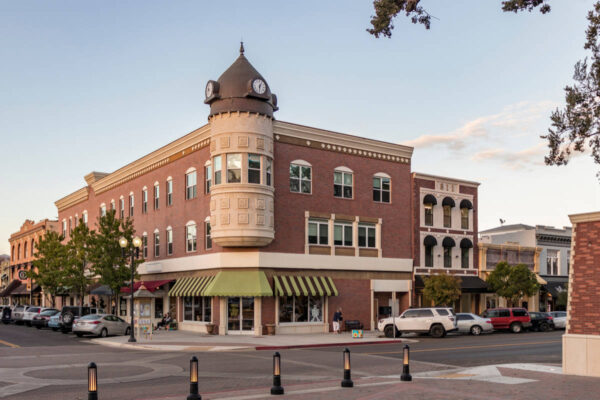 Where is Paso Robles located?

– Paso Robles, California, is a quaint, mid-sized town in the northern part of San Luis Obispo County on the Central Coast of California. The city’s full name is “El Paso de Robles”, which in Spanish means “The Pass of the Oaks.” Paso Robles is located about halfway between Los Angles and San Francisco along Highway 101 and sits about 15 miles east of the Pacific Ocean.

Situated in what’s often referred to as “the North County” by locals, Paso Robles is the largest town located “over the grade,” which refers to driving over the Cuesta Grade, a large hill that separates San Luis Obispo from the North County. Highway 101 travels up the Cuesta Grade at a nearly seven percent incline, cresting at elevation 1,522 feet. The freeway gains a third lane for truck climbing part way up the slope.

Once over the grade, drivers will come in contact first with Santa Margarita, then they will travel through Atascadero and Templeton before reaching Paso Robles. Continuing north, drivers will pass through San Miguel and Ft. Hunter Liggett before crossing over the border into Monterey County.

While the drive from Los Angeles along Highway 101 is scenic with beautiful ocean and mountain views, it can take five hours. The fastest route from Los Angeles to Paso Robles is on Interstate 5 to Highway 46 East. That route is about four hours of travel time.

From San Francisco, heading south on Highway 101, drivers will pass through San Jose, Gilroy, Salinas, and King City, before arriving in Paso Robles. The drive from San Francisco is about three hours.

Paso Robles can be reached from the east on Highway 46/41 coming from the Central Valley areas of Fresno and Bakersfield. Highway 46 continues west, taking drivers through winding, vineyard lined roads before emerging on the coast in the town of Cambria.

Paso Robles was once called “Hot Springs” and is now known primarily for its abundance of wineries, its production of olive oil, almond orchards, and for playing host to the California Mid-State Fair. For a time, Paso Robles was known as the “Almond Capital of the World” because the local almond growers created the largest concentration of almond orchards anywhere.

Paso Robles has a train station, as well as its own small airport, making traveling to the area convenient and popular for visitors coming from near and far. San Luis Obispo, a city to the south of Paso Robles, also has an airport.

Paso Robles’ wine industry has a long history with the area. Wine grapes were first introduced to the Paso Robles soil in 1797 by the Spanish conquistadors and Franciscan missionaries, and later the wine region gained more notoriety when Ignace Paderewski, the famous Polish statesman and concert pianist, visited Paso Robles, fell in love with the area, and purchased 2,000 acres. He planted Petite Sirah and Zinfandel on his Rancho San Ignacio vineyard in the Adelaida district. The composer is fondly remembered by locals, with a statue in downtown city park, and a festival each year that celebrates the tradition of international musical cooperation.

Paso Robles’ reputation as a premier wine region became firmly established as a result of this and later successes, and through to the late 1960s and early 1970s, a new generation of “vineyard pioneers” planted and flourished in the Paso Robles area. Paso Robles is now home to nearly 300 wineries and has 12 distinct AVAs, or American Vinicultural Areas: Adelaida, Creston, El Pomar, Estrella, Geneseo, Highlands, Willow Creek, San Juan Creek, San Miguel, Santa Margarita Ranch, Templeton Gap and York Mountain. Wines produced throughout the area can be tasted on-site at many wineries, as well as downtown tasting rooms and tasting rooms in an upcoming area just south of town known as “Tin City.”

Posted in:  Best of Paso Robles