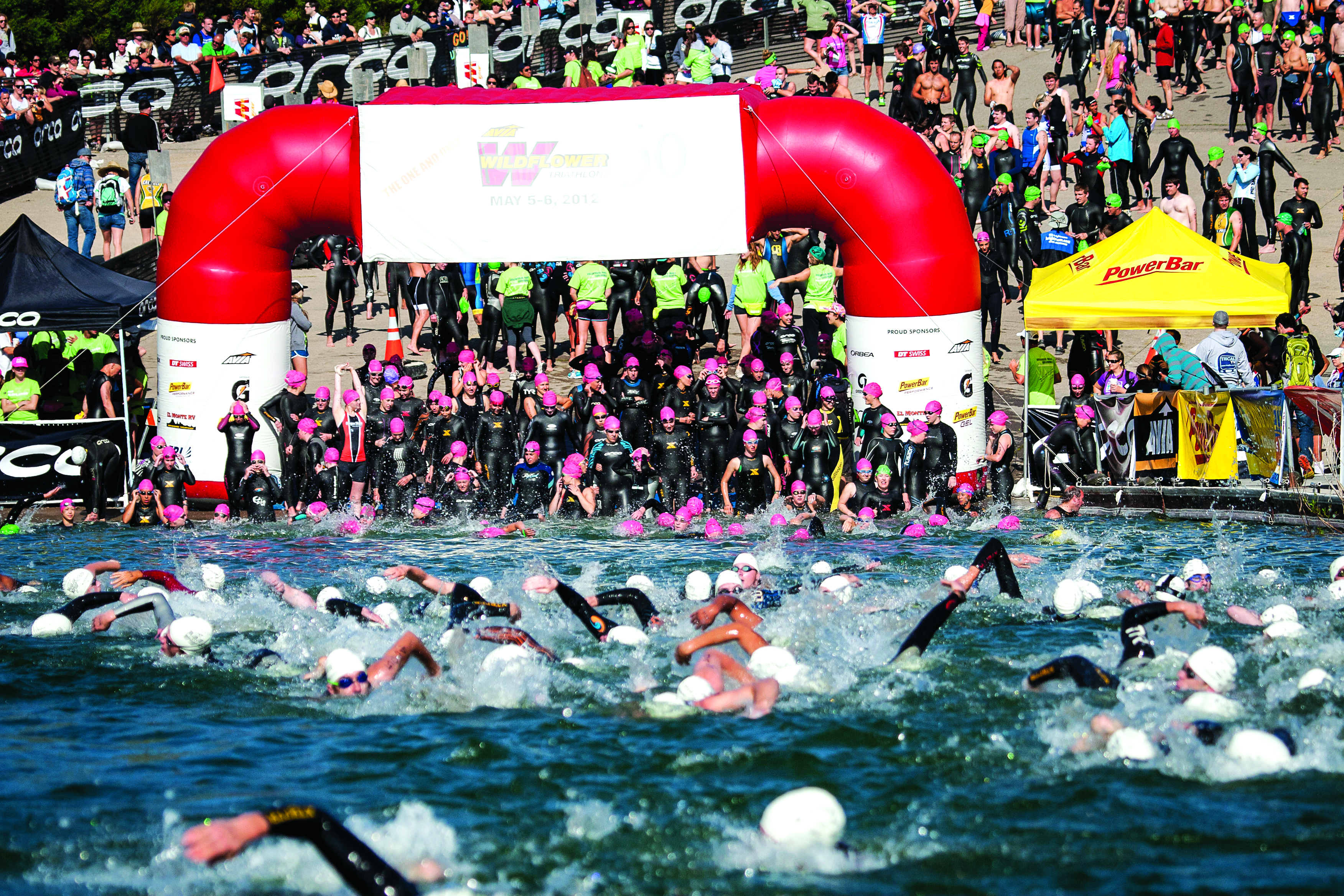 Wildflower, “The Woodstock of Triathlons” returns to Paso Robles 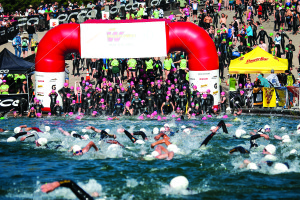 When it was started in 1983, Wildflower was one of the first races in the novel sport of triathlon. Designed as a side event to what was truly a bluegrass music festival, the races gradually became the focus of the weekend, and over thirty years later, the trio of triathlons is one of the largest, most highly anticipated elite races in the world. For those who haven’t experienced what has been called the “Woodstock of Triathlons,” Colleen Bousman, President of Tri-California Events, Inc. and a Wildflower child herself, gives a breakdown of reasons to go this May 3-5, whether as a racer or as a spectator.

Triathletes across the globe may not know the name of Lake San Antonio, but if you mention the “Nasty Grade,” they’ll know you’re talking about Wildflower. Bousman explains that Nasty Grade is “a huge incline that the athletes have to go up, and at the top of the grade there is a person dressed up in an Energizer Bunny costume that is actually beating a drum the entire time.” Because of challenges like Nasty Grade and the steep finish at Lynch Hill, Wildflower has developed a reputation for being one of the hardest long-course triathlons. A half-Ironman distance (1.2 mile swim, 56 mile bike and 13.1 mile run), “It has the most dynamic [course] as far as hills and climbs, and combination of trails and roads, than any triathlon out there.”

Athletes looking for fierce competition (or at least looking to watch it) are never disappointed with Wildflower’s lineup. “Most of the top-name triathletes in the world come to Wildflower. It’s one of those on the ‘must-do list’ on most of the elites’ schedules,” Bousman says. Wildflower champ Jesse Thomas will be back this year defending his title and aiming for a three-peat victory on the long-course, while Heather Jackson will return in the hopes of winning her second consecutive win.

While the professional-level competition is tough, the races are not out of reach to the average amateur triathlete. Bousman explains, “We have the mountain bike course [consisting of a quarter-mile swim, a 9.7 mile bike ride and a two-mile run], which is probably one of the most accessible mountain bike courses. For a beginner triathlete, they’re receiving the kind of aid and attention of a long-course triathlete.”

Racers of any of the three distances (long-course, Olympic or mountain bike) appreciate Wildflower for the sheer amount of spectators spurring them on. “The race is known for its long finish chute that is completely covered with spectators giving high-fives and cheering the athletes coming across the line,” Bousman says of the some 35,000 fans and volunteers that make it out to the race. (Register to be a volunteer at www.tricalifornia.com.)

“For us, some of the most memorable stories aren’t necessarily the elites,” says Bousman, explaining that they have blind athletes; 15 athletes with prosthetics (with the Challenged Athletes Foundation); as well as the Wounded Warrior Foundation program for wounded veterans competing. Bousman says one of the most inspiring aspects of Wildflower is seeing the people who have turned to triathlons to lose weight. She knows of racers who have lost as much as 300 pounds. “Because it’s a lifestyle [and not just a single event], they stick with it and keep the weight off for years to come.” Racers interested in supporting a cause can also team up with groups like Team in Training and the Challenged Athletes to raise funds as they race.

“I think one of the biggest things that people on the Central Coast don’t really understand is that Wildflower is one of the largest triathlons in the world and it’s right here in their backyard.” Bousman explains that the event is affordable and easy for families and fans to attend, with convenient parking and shuttles from the north shore. Pre-purchase camping passes are also available through the website.

Bousman, who has been going to the race her whole life, says that Wildflower is “a great, inexpensive family getaway for the day.” There is a Kids Zone all weekend long, and a kids race on Friday. “Our youngest kid last year was three years old,” she says, adding that parents give the children their finisher medals as they cross the line. Aside from the youth-specific activities, families “can just come out to watch, go to clinics, or come for the entertainment.”