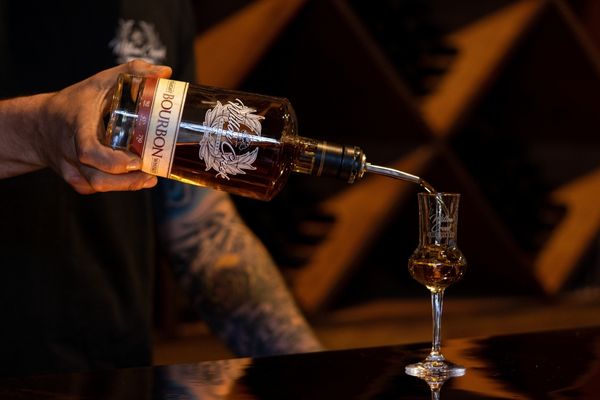 The initial allocation of 28 cases is now available at the distillery tasting room in Paso Robles and online at WillowCreekDistillery.com, with another 50 cases to follow later this fall. The price is $65 per bottle.

“Straight bourbon is an American original, making it a natural addition to our family of spirits,” said Kevin Coulton, Willow Creek’s head distiller. “It’s something we’ve long wanted to offer and that moment has finally come.”

“Bourbon is beholden to its own requirements and traditions, which we meticulously followed,” Coulton said. “These requirements included using a mash composed of at least 51% corn, and then aging the whiskey for at least two years in new charred American oak barrels to achieve the ‘straight bourbon’ designation.”

The bourbon is the latest spirit to come from Willow Creek Distillery, which was established by sister winery Opolo Vineyards in 2013. Located in the coastal mountains of the Willow Creek District AVA of Paso Robles, the distillery specializes in various traditional fruit brandies, whiskeys, and liqueurs made with locally grown ingredients.

The bourbon was distilled from a mash of corn, barley, and rye. After mashing and fermentation, it was matured for two years in new heavily charred American oak barrels. “When exposed to high heat during the charring process, the hemicellulose present in the wood breaks down into wood sugars, imparting caramelization on the inside of the barrel,” Coulton explained.

“We plan to ramp up our bourbon production in the years ahead based on the success of these early batches,” Coulton said. “We’ve always prided ourselves on the quality of our brandies, and we are now becoming known for our whiskeys as well.”