Paso Robles News|Friday, February 3, 2023
You are here: Home » Entertainment » Wine Country Theatre to present ‘To Gillian on Her 37th Birthday’

Wine Country Theatre to present ‘To Gillian on Her 37th Birthday’ 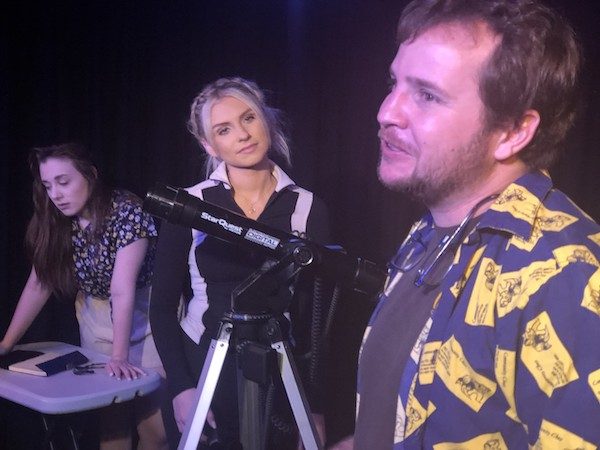 –Wine Country Theatre in Paso Robles has announced that it will present the award-winning play, “To Gillian on Her 37th Birthday,” written by Michael Brady and directed by Brent Keast, March 13 – 29 at the Park Ballroom in downtown Paso Robles.

This play deals with letting going of the past so that you can handle the present, and provides a hope-filled glimpse into the strength and support of a family moving forward after tragedy. Although it is based on loss, the play has many comedic moments as the family tries to find their way again. Laughter is the other side of pain, and this play has plenty of both.

David, played by Craig Culp, a 37-year-old widower, hasn’t yet gotten over his wife Gillian’s untimely death in a fall from the mast of a sailboat. That was two years ago, and he seems to have spent those years lost in a fog of regret, guilt, and reminiscence at their beach house off the coast of New England. David hangs on to the memory of his wife and is visited by her on his late-night walks and talks with her. She reminds him that she’s “very, very, very dead.”

The problem is that he doesn’t even seem to notice that 16-year-old daughter Rachel, played by Elizabeth Umphenour needs him now more than ever. Her best friend Cindy, played by Lexi Sidders, seeks David’s attention, as well, and misplaces her need for love upon a man who has no interest in her. Rachel and her Aunt Esther, played by Christine Miller, urge David to accept the death of Gillian and to move on with his life, but to no avail. Esther and her husband Paul, played by Mark Klassen bring along a former student of David’s, the lovely Kevin, played by Whitney Adams to help him out of his depressive state.

According to Director Brent Keast, “The story is fresh and unpredictable. I love the comedy and warmth in this show. The play is powerful and questions the strength of human connection, capturing the emotional tribulations of a family coping with the death of a family member while yearning for life.”

“Brent Keast is a phenomenal director,” said Wine Country Theatre’s Executive Director Cynthia Anthony. “His years of teaching, directing and acting bring another remarkable talent to our stage. We are proud to introduce him and the cast, most of them new to our stage, to the community.”

Performances of To Gillian on Her 37th Birthday are on Friday and Saturday evenings at 7:30 p.m. and Sunday matinees at 2 p.m. at the Park Ballroom, 1232 Park Street, in downtown Paso Robles. Guests are seated at tables and may enjoy wine, cheese plates and snacks that are available to purchase. The play is appropriate for ages 13 and up. For tickets and information please go the Wine Country Theatre website at www.WineCountryTheatre.com.