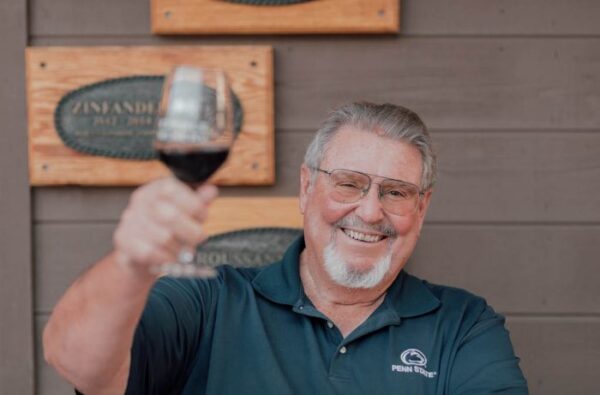 –For over two decades, Wine Enthusiast magazine has honored individuals and companies that have contributed to the success of the wine and spirits industry, with its annual Wine Star Awards.

The only child of a single mother in Western Pennsylvania, Eberle rode a football scholarship to Penn State. After earning his Bachelor of Science degree, he went to Louisiana to pursue graduate studies in zoology and genetics, but fine wine stole his heart. In 1971, he headed west to study at the University of California, Davis, where he worked and studied under professors who were examining whether Paso Robles could be the next Napa.

“I just fell in love with Paso Robles,” says Eberle. “The people are nice, and the weather is so conducive to Bordelaise and Rhône varieties. They do very well here.”

Eberle cofounded Estrella River Winery in 1973. He quickly won accolades from Los Angeles to London for the Cabernet Sauvignon and Chardonnay. Crucially, he also planted Syrah, and his 1978 vintage was the first American bottling to ever feature 100% Syrah.