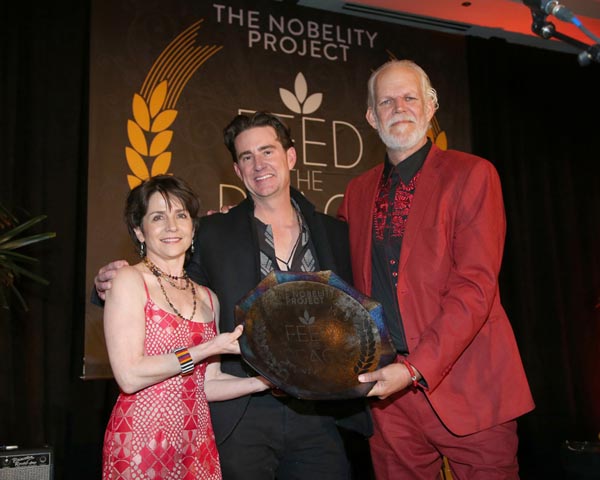 –On Feb. 14, Austin Hope, president and winemaker of Hope Family Wines, was presented with the Founder’s Award at the 2016 Feed the Peace Awards Dinner for his support in the Nobelity Project’s Wine to Water project.

Hope made a significant impact in supporting efforts to providing clean water and electricity to over 1,300 Kenyan school children and their communities. Hope created a 1.5L wine dubbed “The Turk,” named after Nobelity Project founder Turk Pipkin, with all proceeds donated to the Kenya Schools Fund. Hope joins the ranks of Dick Clark, Willie Nelson, and Blake Mycoskie of TOMS Shoes.

Hope Family Wines makes Treana, Liberty School, Candor, Troublemaker and Austin Hope wines. In 2009, Austin Hope was named “Winemaker of the Year” at the California Mid-State Fair. When he’s not in the lab tasting or on the road promoting his wines, Austin enjoys duck hunting with Spartacus, his Labrador retriever, and, “attending as many rock-n-roll concerts as possible.” He also enjoys spending time with his two young daughters.