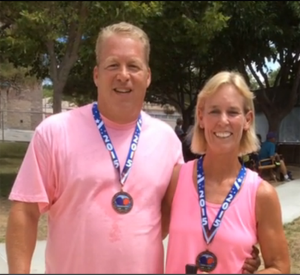 70+ teams totaling 100+ players included locals from Paso Robles, Templeton, Atascadero, Moro Bay and Nipomo; along with out-of-area players from Visalia, Bakersfield, and Santa Barbara. The five permanent pickleball courts along with four temporary courts set up in the adjoining tennis area made the tournament run smoothly with very little waiting between games, according to tournament representatives. That, coupled with 10-degree cooler than normal days for late June, made it a pleasant experience for the players and spectators.

Next spring, the club is looking forward to producing a larger and more prestigious event that will be officially sanctioned by USAPA (USA Pickleball Association) and draw participants from an even wider area, possibly out of state players. Because out of town players will stay Friday and Saturday nights for both days of play, the club is looking to work with local hotels, restaurants, caterers, and other businesses to offer special visitor packages.

The Paso Robles Pickleball club encourages all those who are curious about the game to check it out at Centennial Park, Monday—Saturday from 7:30-11 a.m. Free loaner paddles are available. 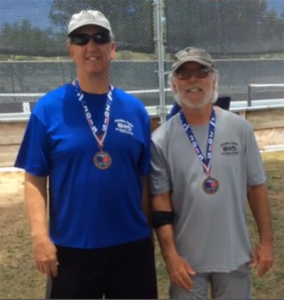 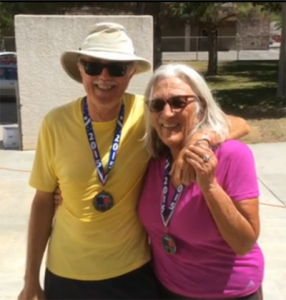 For more info about pickleball, go to: usapa.org or, pickleballpasorobles.shutterfly.com.