On Saturday at 6:32 a.m., The San Luis Obispo Sheriff’s Office received a call reporting the kidnapping of an 8-year-old boy from a home in Cayucos that had just occurred. 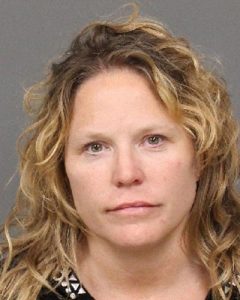 The father of the boy called 911 and said a female acquaintance of his, Tonya Montgomery, had just taken his son from his residence in the 3400 Block of Davies Ave., Cayucos. Montgomery then reportedly got into her grey Mercedes SUV and left the area with her own two children in the vehicle as well. The father did not know what direction of travel or reason why Montgomery took his child.

The sheriff’s office immediately broadcast a “be on the lookout” alert county wide and began coordinating additional law enforcement response.

Sheriff’s deputies responded to the residence in Cayucos to begin an initial investigation and gather critical information for other responding units. Deputies learned that Montgomery’s vehicle was traveling northbound on Highway 1 towards Cambria.

Deputies began responding north on Highway 1 in an attempt to catch up with Montgomery. California State Park Rangers were alerted to Montgomery’s direction of travel as well. A short time later, at 7:25 AM, rangers spotted Montgomery’s vehicle and made an enforcement stop on it.

Sheriff deputies arrived on scene just moments later. Montgomery was detained at the scene and the three children including the victim were found safe and unharmed.

A member of the county’s Child Welfare Services responded as well to assist with placement of the children. At the conclusion of this investigation, 45-year-old Tonya Lynn Langshaw aka Montgomery of Pebble Beach was booked into San Luis Obispo County Jail on one count of Penal Code 207/Kidnapping.