Woman sentenced for role in attack on Victor Hugo Sanchez 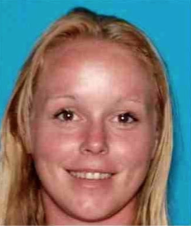 Crystal Lynn Garner of Stockton was sentenced Tuesday for her role in the assault of a Paso Robles resident Victor Hugo Sanchez. He was later killed in front of his apartment in what authorities believe was a related attack.

Garner, 27, was hired to lure Sanchez, 37, into a trap by his ex-girlfriend Maria del Carmen Granados Fajardo, authorities say. Garner was sentenced Tuesday to four years in prison.