Local man found guilty of stabbing his girlfriend to death

Update Jan. 9, 2015: Friday afternoon, a San Luis Obispo County jury returned a verdict of guilty of second degree murder in the case of People v. Philip Hanes for the murder of his girlfriend, according to a report from the San Luis Obispo County District Attorney’s Office. The jury also found an allegation that Hanes used a deadly weapon to be true.

Hanes stabbed his girlfriend Tina Beddow to death in Templeton in June of last year, the report says. He had alleged that the stabbing was in self-defense. Second degree murder carries a punishment of 15 years to Life in state prison. The use of a deadly weapon adds one year to that sentence.

Sentencing has been set for February 9, 2015 in Judge Jacquelyn Duffy’s court.

Update: The San Luis Obispo County Sheriff’s Office is releasing the identity of the victim of a homicide in Templeton on Wednesday. The victim is 32-year-old Tina Marie Beddow of Templeton. Next of kin have been notified. The investigation is ongoing. 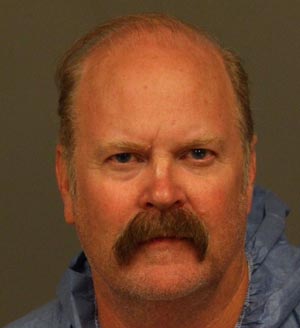 Update: The San Luis Obispo County Sheriff’s Office is releasing new details on the homicide which occurred in Templeton on Wednesday night. Deputies responded to a 911 call made from a residence in the 400 block of Eric Lane.

When they arrived they discovered a woman inside the residence had been stabbed. The victim was transported to a local hospital where she died a short time later. The identification of the victim is pending next of kin notification.

The suspect in this case has been identified as 58-year-old Philip Thomas Hanes of Templeton. He has been booked into San Luis Obispo County Jail on one count of murder. Investigators are calling this a domestic violence incident. It’s believed to be an isolated incident and there are no outstanding suspects in this case.

At the time of this incident, there were three people inside the home, the suspect, the victim and a 5-year-old child who is related to the suspect. The child has been turned over to the custody of Child Welfare Services. ​The investigation is continuing.

No further information is available at this time.​

Woman stabbed to death in Templeton

On Wednesday night at about 10: 20 p.m. San Luis Obispo County Sheriff’s Deputies responded to a 911 call from a residence in the 400 block of Eric Lane in Templeton. When they arrived they discovered a female victim who had been stabbed. She was transported to a local hospital where she later died.

A male subject was detained at the scene. The investigation is continuing. No further information is available at this time.