Women’s March SLO to raise funds for Ukraine at rally 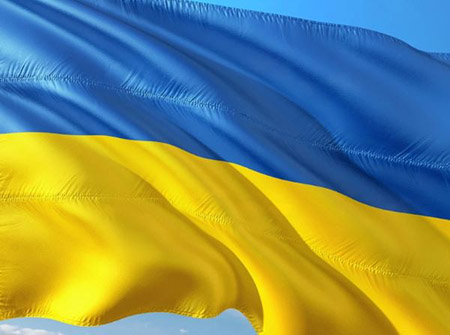 – Reacting to the Russian invasion of Ukraine, the Women’s March SLO rally scheduled for March 5 will include a call for solidarity with Ukraine. A portion of the funds raised will go to a Slovakia-based organization People in Need which has been actively involved with helping Ukraine since 2014, and which is currently helping those who are escaping the war and crossing the Slovakia-Ukraine border.

“The events taking place in Ukraine are absolutely devastating, and we must address both the horrors and the implications of an unprovoked attack on a sovereign democratic nation,” said Andrea Chmelik, Women’s March SLO co-executive director. Born and raised in former Czechoslovakia, Chmelik grew up in a country occupied by Soviet forces, and had witnessed both the rise and crumbling of democracy. “I’m heartbroken for people who are suffering from senseless violence. But we are not powerless. I urge people to stay informed, stay involved and stay engaged as active defenders of peace and democracy.”

The rally will also celebrate five years of activism, advocacy and action for women’s rights and equity. The rally will be a family-friendly event, taking place in Mitchell Park, San Luis Obispo. Local nonprofit organizations will be present in Call to Action Alley from noon until 4 p.m. The speakers, performers, and community leaders will address the public between 1 p.m. and 3 p.m.

“Going into organizing this rally, we already knew we were facing a number of critical issues – from reproductive freedom to racial injustice, to voter suppression, to the climate crisis, and more. Ukraine made it clear that the danger to democracy is very real. The rally is a perfect place to come together in unity, and get involved with organizations who have been on the frontlines of the advocacy for social justice.” said Chmelik.

Participants are encouraged to bring signs that illustrate the issues that they care about, and follow COVID-19 safety protocol, including social distancing and masking in order to keep the most vulnerable among us safe.

The rally will be followed by Femme Sessions after-party on the patio of Bliss Cafe, with performances from DJs, dancers, drag queens, and live artists. The after-party is organized by SubSessions, open and free to all, and will run from 5 p.m. until 10 p.m.