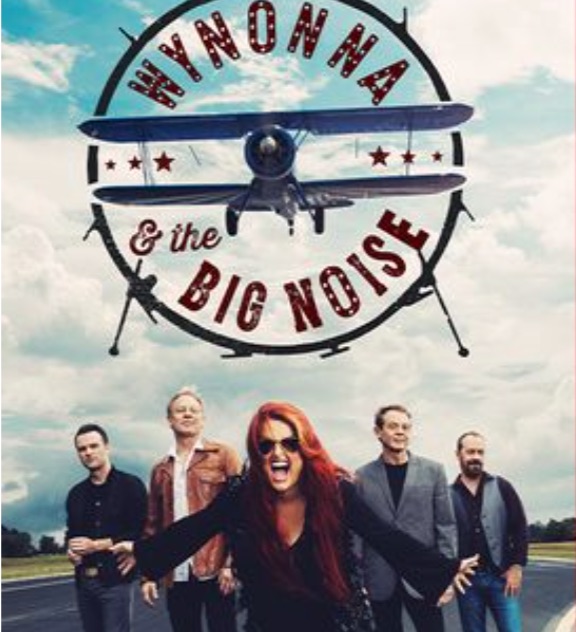 Now accompanied by an incredible backing band, The Big Noise, led by her husband/drummer/producer Cactus Moser, Wynonna Judd is truly a force to be reckoned with.

–American music icon and five-time Grammy Award winner ​Wynonna Judd and her band ​The Big Noise ​will be live in downtown SLO on Tuesday, June 4. Concert starts at 8, doors open at 7. ​Tickets on sale now via ​Eventbrite.com​ or locally at ​Boo Boo Records​.

Judd has established herself as a country icon thanks to her powerful, soaring voice, earning her high praise and millions of record sales. Rolling Stone even dubbed her as “the greatest female country singer since Patsy Cline” and her performances surely live up to that title.

Judd began her musical journey as one half of the iconic mother/daughter duo The Judds and has since established herself as a beloved solo artist. Now accompanied by an incredible backing band, The Big Noise, led by her husband/drummer/producer Cactus Moser, Judd is truly a force to be reckoned with. The band excels at everything from blues, soul, Americana, country, and rock. Judd has described the band’s sound as “vintage yet modern” and a “return to the well.” Wynonna & The Big Noise released their debut full-length album of the same name in 2016 via Curb Records to critical acclaim.

Judd has earned millions of fans thanks to countless charting singles including 20 No. 1 hits. Modern country classics “Mama He’s Crazy,” “Why Not Me,” and “No One Else on Earth,” showcase Wynonna’s iconic voice and instinct for heartfelt, rootsy country music songwriting. In addition to critical and commercial success, Judd has received over 60 industry awards, solidifying her as a truly influential artist.