Paso Robles News|Thursday, December 1, 2022
You are here: Home » Business » Yabba Dabba Dogs is back with a new food trailer

Yabba Dabba Dogs is back with a new food trailer 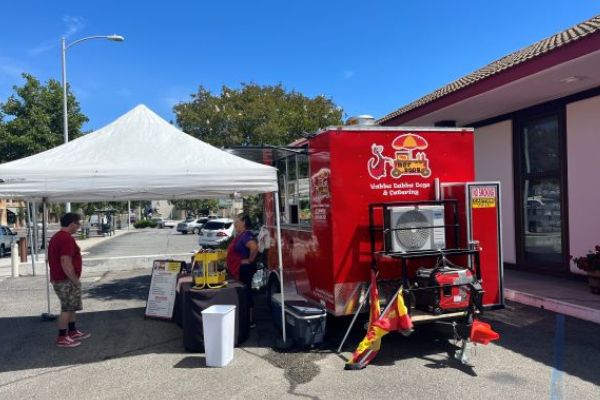 Owner says trailer is a better workspace, keeps him out of the weather

Besides numerous catering jobs, they also set up their cart at the corner of Sherwood and Commerce in the parking lot of the Masonic Lodge. On Wednesdays, they operated at a real estate office parking lot at Spring and 14th Street in Paso Robles. Then, they disappeared for a few weeks.

They ordered a trailer from Texas, which they finally put into operation this week in Paso Robles. It took them several weeks to get the trailer licensed by state officials, which is why you have not seen them at the usual locations, or at events that they cater in the North County. Bill Saylor says the trailer is a better workspace and keeps him out of the weather. 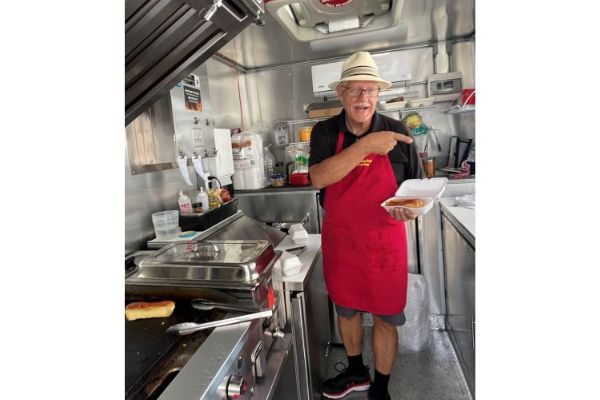 “We’re excited to finally get back in business,” says Bill. “You’ll see us more often here on out.”

Bill usually works with his wife Alicia, unless other responsibilities manifest.