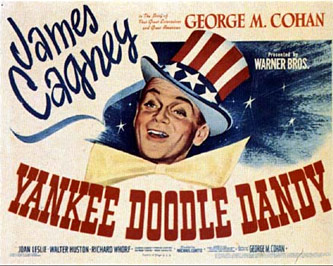 What could possibly make a day full of parades, fireworks, games, and good food any better? “Yankee Doodle Dandy” that’s it. A free matinee presentation of the classic movie Yankee Doodle Dandy, a musical starring James Cagney, is playing downtown on July 4. The event is sponsored by the Paso Robles Main Street Association and Park Cinemas. The movie will be played at 2p.m. and 4p.m.

“I just love this movie. You come out singing!” said Norma Moye, executive director of the downtown association.

The film was nominated for five Oscars and won three in 1942. It is a musical portrait of composer/singer/dancer George M. Cohan. From his early days as a child-star in his family’s vaudeville show up to the time of his comeback at which he received a medal from the president for his special contributions to the US, this is the life- story of George M. Cohan, who produced, directed, wrote and starred in his own musical shows for which he composed his famous songs. – IMBD

“With support from the community the possibility of more classics being played will increase,” said Moye.