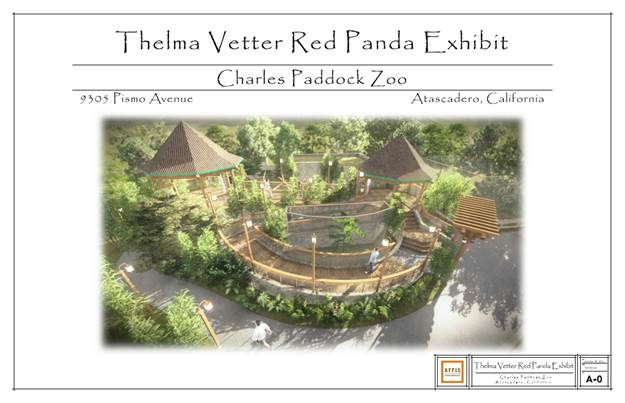 The City of Atascadero Parks and Recreation Commission met Thursday at City Hall to review proposed plans for a new “Thelma Vetter Red Panda Exhibit” which is slated to be constructed at the Charles Paddock Zoo. This impressive new home for the zoo’s Red Panda population is being made possible through a very generous bequest made by the estate of long-time Atascadero resident, Thelma Vetter. 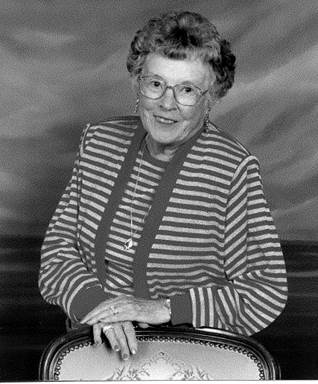 Thelma and her husband William Vetter moved to Atascadero in 1946 and had the insight to purchase numerous commercial properties in town. William passed away in 1993. Thelma was very active in the Atascadero Historical Society and the Friends of the Atascadero Library, among other local organizations and often gave generously to various charities. Thelma passed away in 2009 at the age of 91.

Thelma Vetter was a kind and caring person who loved animals and was very concerned for their welfare. She left this significant bequest specifically for zoo improvements. Glen R. Lewis, trustee of the Thelma Vetter Estate, says that Thelma was a very private person and didn’t seek recognition, but he feels that in this case she should be publicly acknowledged for her overwhelming generosity. 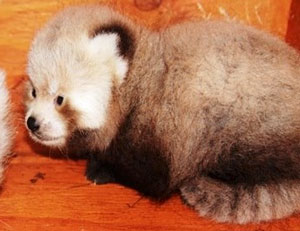 One of the zoo’s red pandas.

Red pandas are a small mammal native to the foothills of the Himalayan Mountains and are not related to the well-known Giant Panda. Since 2009, the Charles Paddock Zoo has had two adult red pandas (male and female) at the zoo, who now have two young cubs which recently went on public display. Young red pandas grow relatively slowly, so they develop extended associations with their mothers that last for over a year.

The new “Thelma Vetter Red Panda Exhibit” will be the first, from the ground-up, newly-built exhibit to be constructed at the Charles Paddock Zoo in nearly four decades; it will be a thoroughly modern exhibit with a “green” design, and will be a state of the art, interactive display. It will be built with the idea of easily connecting future exhibits by overhead walkways and ramps.

The exhibit is to be located in the grassy area just north of the existing tiger exhibit, and it will become the launch of the zoo’s Biodiversity Hotspot theme. Each of the Biodiversity Hotspot exhibits will be designed to be an immersive and interactive journey with both passive and dynamic features to educate visitors about the culture, plant life, extinction or other threats to each animal.

Architect Thom Jess of Arris Studio Architects has been hired to design the new exhibit.