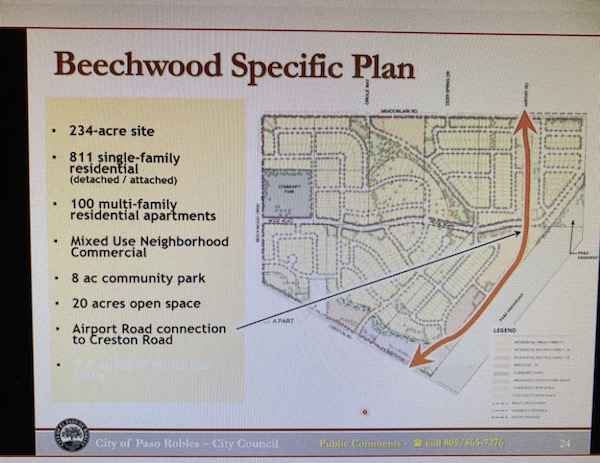 –Paso Robles City Council approved the specific plan for the Beechwood Development Tuesday night after hours of discussion and deliberation.

The Beechwood Development calls for 911 housing units to be built on 234 acres on the east side of Paso Robles off and Airport and Creston Roads. The plan includes a mixed-use commercial center and an 8-acre community park. 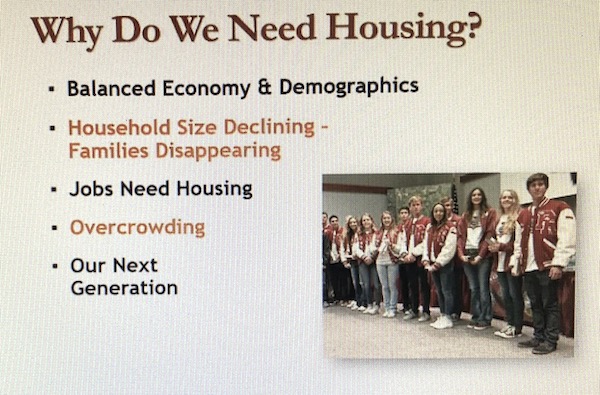 Community Development Director Warren Frace said the intent is to meet the needs of the city’s housing requirements. Frace says the project will include affordable housing. There were a lot of questions about increased traffic. One city resident says the traffic on Creston Road is already a disaster. Ed Hale told the council it will only get worse. City Engineer David Athey told the council that proposed improvements will address the problems. He says the recent shutdown because of the pandemic has also impacted traffic patterns in the city. 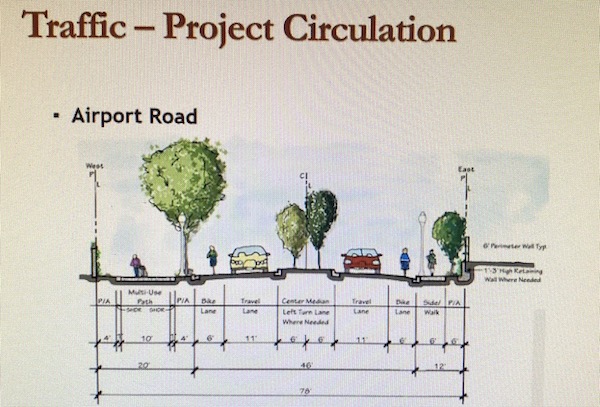 After several hours of discussion about the cost of the project’s road improvements, water resources, school drop-off design, and other issues, Councilman Steve Gregory made the first of seven motions to approve the specific plan. Two of the motions passed on a vote of 4-1 with Fred Strong casting the lone dissenting vote. Strong has some issues with drainage and other environmental issues.