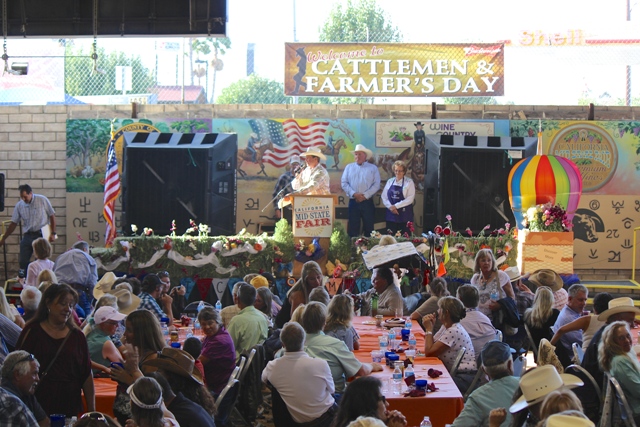 The 28th Annual Cattlemen and Farmer’s Day at the California Mid-State Fair, filled with agriculture events and barbecues, peaked at the fair’s evening barbecue, where there was wine-tasting, awards handed out and an overall celebration of camaraderie and local agricultural history. Akin to the MIss CMSF coronation, this is the “red carpet” of the agriculture community—where Cattleman and Cattlewoman of the year are announced—greeted with applause and the tipping of cowboy hats in respect. See story about the awards here: Agriculturalist, cattleman and cattlewoman of the year named at fair. 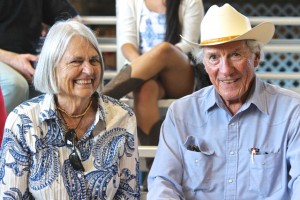 Camatta Ranch owners Bob and Dianna Morrison were in the crowd, making this the sixth or seventh decade they’ve attended. Born into ranching 82 years ago, Bob has been raising cattle for as long as he can recall. He bought the ranch they own now in 1978. He met Dianna on a blind date set up by their friends at UC Davis, where he was attending veterinary school and she was studying zoology and chemistry. Now, after 57 years of marriage, three kids and 17 grandkids, here they are: experienced ranch managers, lifelong comrades and jubilant spirits enjoying the fair for yet another year.

Unfortunately, this year has taken a difficult toll on the Morrisons; the drought robbed them of their ability to care for the cattle that had made them their living. In April, Bob and Dianna had to sell all 550 of their beautiful cattle, but they hope to buy them back when times improve. Nevertheless, they say this is the plight of farming, livestock and agriculture; you’re always slave to conditions completely beyond your control. But they are taking it gracefully and gratefully. After all, they still have their community.

“The people we meet every year here at the fair and the friendships we form are what make this the most fun experience of the summer,” said Bob. “We work hard…farmers and ranchers don’t get out much. So the Cattlemen and Farmers night is the best thing to happen at the Mid-State Fair.” 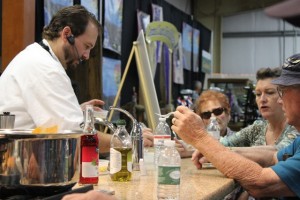 Unique Fair Cuisine Sampling After being unable to decide what to get for dinner at the fair, fair patrons could easily stumble into an event hall for the solution to this dilemma. The exhibit space had been provided by Idler’s, the supplies had been provided by Albertson’s, and Chef Jeffry Wiesinger from Niner Wine Estates was dishing out the good stuff. While seated at his demo station, guests were able to sample items from the Niner Wine Estates menu, including salad with light red wine vinaigrette, prime-grade beef sliders with caramelized onion and a petite sirah demi-glace, as well as prime-grade Angus beef tri-tip that had been smoked for four hours in cherry wood and oak and a house-made seasoning. The resulting meat was tender and savory, juicy, and packed with flavor, a hint of spice, and just the right amount of tang.

Niner Wine Estates is a family-owned business out of Paso Robles, growing all of their own grapes in three vineyards (one of which is shaped like a heart). Their food is just an added perk to their winery at 2400 Highway 46 West, Paso Robles, where you can spend just $17 to get these incredible sliders for yourself, along with an included glass of their Niner Estate Series wine. More into your own culinary aspirations? Swing by the winery to pick up one of their wine-based mustards. 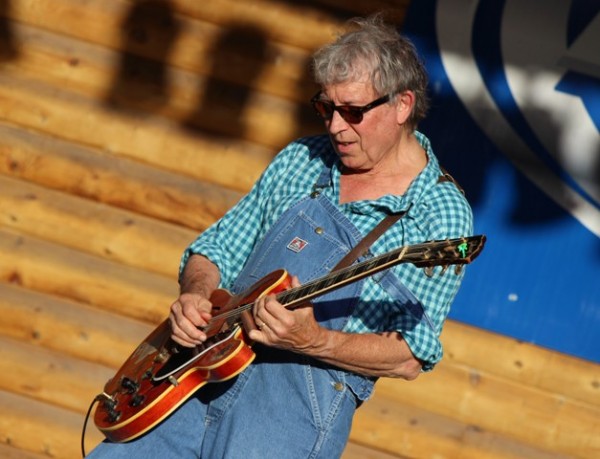 Founder of the 1960s Paul Butterfield Blues Band and known for hits such as “Fooled Around and Fell In Love,” Elvin Bishop took the stage again Thursday night for a show that nearly packed the Frontier Stage. 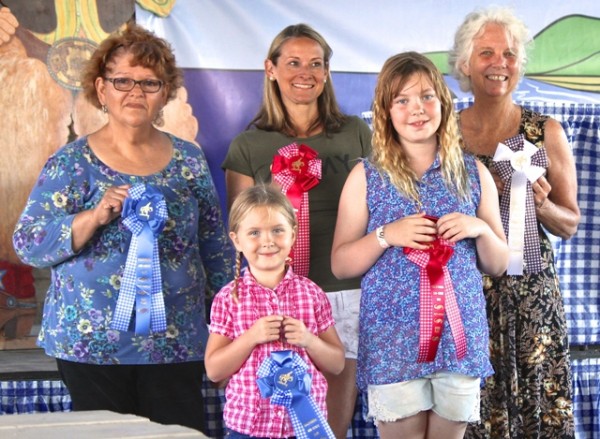 Farmer’s Favorite Cobblers & Crisps winners show off their ribbons at the Mid-State Fair. 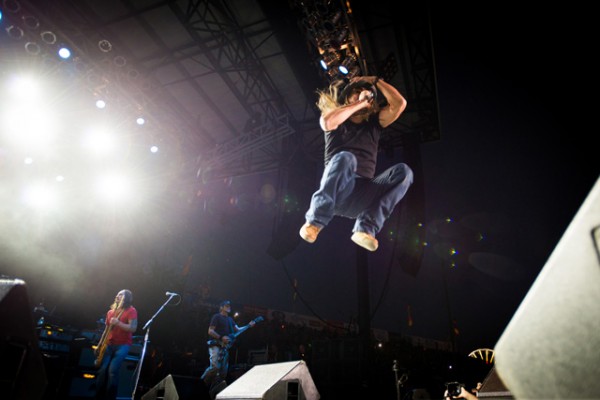