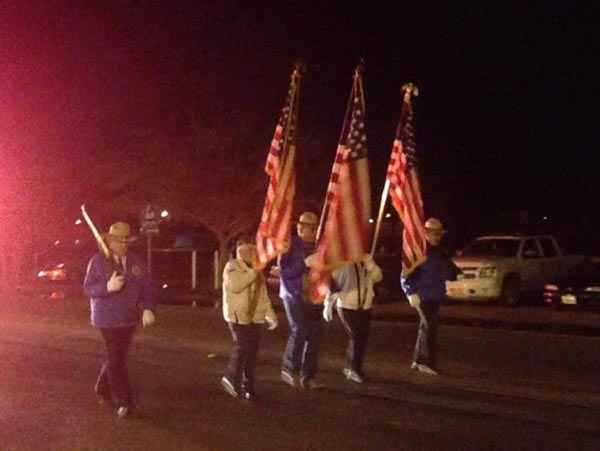 –Saturday was San Miguel’s 25th annual Christmas Lights Parade. The fun started in the afternoon with a Craft Fair and Children’s Carnival beginning at 2 p.m., also featuring a barbecue provided by The Lions Club. At 4:30, the Chili Cook Off started at the Coffee Station on Mission and 12th.

Vendor’s booths were set up all along Main Street, giving locals an opportunity to showcase and sell their wares while getting some exposure at the community event. Vendors had a wide array of items on sale, such as handmade jewelry, scented oils and burners, knit clothing, jarred beverage mixes, and tie dyed clothing. “Usually most of the events around here give us vendors an opportunity to set up shop, which is a great opportunity for those of us who, this is our life; this is how we make a living,” said Geoffrey B. Saling Sr. of Jelly Roll Tie Dyes. 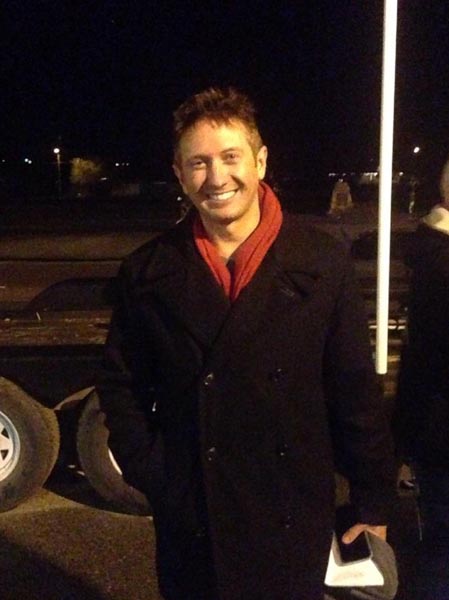 The parade was hosted by KSBY’s Dave Hovde and translated by Max Elisarraras.

The parade was hosted by KSBY’s Dave Hovde and translated by Max Elisarraras. “I’ve been friends with the organizer for a long time, and not too long ago she asked me if I’d come out and announce,” said Hovde. “It was an honor to be asked to come out for the parade. I’ve been coming out for years but I’ve never been asked to announce.”

The parade began at 6 p.m., going south from 14th street to Father Reginald Park. Mission Market Deli provided free hot dogs for the event. The North County Color Guard led the parade, followed by the Native Daughters of the Golden West. Estrella Warbirds Museum’s float was followed by Camp Roberts’s float, an M1070A2 Heavy Transporter pulling an M1000 trailer with an M88A2 Hercules Tank Recovery Vehicle. Santa followed the Greater Missions Club. After making his rounds, Santa made an appearance at the San Miguel Fire Station to meet the children and take pictures. 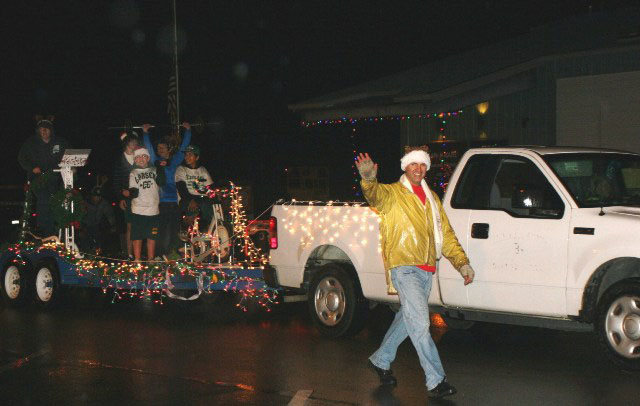 “I always enjoy performing in the local parades,” said Garulle. “This was my 5th or 6th time being a part of the parade festivities in San Miguel. A lot of the community members really love me taking part and look forward to the next time, that’s why I show up and keep coming back.”

Check out www.discoversanmiguel.com for information regarding future events, organizations, businesses, and volunteer opportunities.