The council was given two options:

A. To prohibit the cultivation of medical marijuana within the city
B. To allow exception for limited indoor personal cultivation 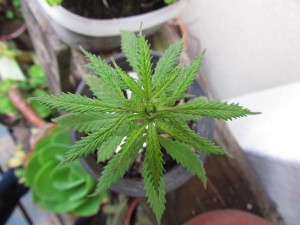 The state adopted the Medical Marijuana Regulation and Safety Act in October which allows city and county governments to adopt local ordinances to regulate medical marijuana by March 1, 2016. If local regulations are not in place by then local communities and jurisdictions would be required to comply with state mandates. The council all spoke in favor of retaining local control and not turning the matter over to the state. It was brought up that the state may extend the deadline for local jurisdictions to decide their own ordinances, but the council was not comfortable waiting to see what the state decided.

The local proposals originally went to the Paso Robles Planning Commission, who decided, by a 4-3 vote, to pass the item on to city council to decide.

The council’s vote was unanimous, however Councilman Fred Strong expressed that he wanted to see the issue brought up again at a future meeting. Strong initially supported option B, and said that he would continue to urge the state to look into better ways to regulate true medicinal need.

Mayor Steve Martin, as well as council members Steve Gregory and John Hamon, all expressed that, while they do not doubt that medical marijuana provides many benefits for people with certain diseases and ailments, they were in support of banning it’s cultivation. They said that not allowing patients to grow the plant is not be the same as denying access.

Several citizens spoke in favor of allowing limited production of the plant for medical uses. Citizen Carl Hansen said, “For people who need it as medicine, we should allow them to grow it to keep the cost down, because sometimes there isn’t any other medication that will work.”

Citizen Noelle Casier said that she had issues with both ordinances, and was in favor of allowing outdoor cultivation, a safer and more cost effective solution for patients.

Sheri Johnson spoke out in favor of a ban, saying, “This is what the city has always had.” She said, “Myself, according to the law as a landlord, if somebody does happen to not follow what is in there, and who knows how they monitor this, I can be imprisoned and fined for tenants dealing on my property.” According to Legalmatch.com, If a tenant is dealing on the rental property, the landlord or rental property owner can face a variety of legal punishments, however criminal punishments require that they have knowledge of the drug dealing or other illegal activities.

Police Chief Robert Burton said that he was in favor in implementing option A, as it would be “easier to implement and enforce.” He too expressed that, whatever the decision, that the city should retain local control and not hand the issue over to the state.

There was a widely expressed sentiment by almost all parties, that the decision seemed rushed. There were no studies or public workshops done on the potential ordinance. Councilman Fred Strong requested that staff look into having these types of studies and bring the issue back before the council for reconsideration at a later date.