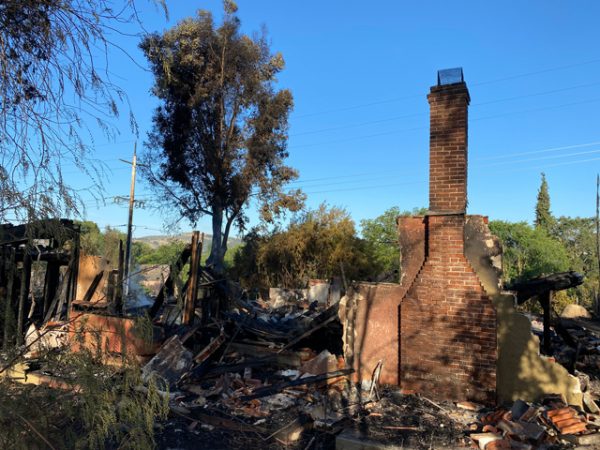 The blaze burned 15 acres, destroyed two homes, and caused damage to nine others.

–The City of Paso Robles released the following updated information about the cause of the River Fire and the efforts made to extinguish it:

On Monday, June 22, 2020, at approximately 1:55 p.m., Paso Robles Fire and Emergency Services responded to the area of South River Road and Navajo Avenue for a reported vegetation fire.

The first units arrived at the scene within approximately five minutes. The initial crew reported an acre of light grass actively burning at a rapid rate of spread.

Forward progress of the fire was stopped at approximately 6 p.m. Suppression support remained on the scene until 4 p.m. on June 23.

The cause of the fire was investigated by the San Luis Obispo County Fire Investigation Strike Team (SLOFIST). Preliminary findings indicate the cause of the fire is likely related to weed abatement operations being conducted along the Navajo pathway.