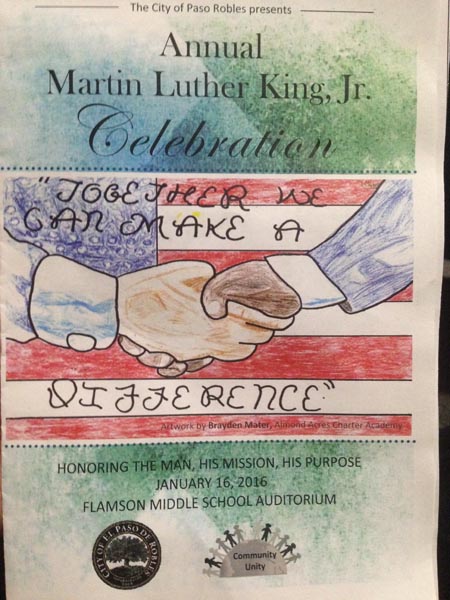 The event kicked off at 1p.m. with a video of King’s famous, “I Have a Dream” speech, followed by a rendition of Amazing Grace by Central Coast Pipes and Drum. After the presentation of colors by the Marine Color Guard and National Anthem by Hailey Silveira, Mayor Steve Martin took to the stage to welcome citizens and talk about some of the events that have taken place in Paso Robles in the last year. 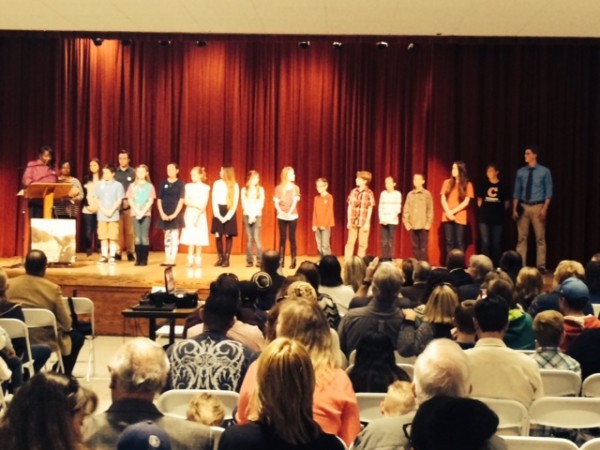 “Today in Paso Robles, thanks to a lot of warmhearted people we’re seeing warming shelters spreading…” said Martin. “Regardless of your attitudes toward the homeless, it’s the very least we can do to make sure that people don’t freeze. Reverend King once said, ‘Life’s most persistent and urgent question is, what are we doing for others?’ and I believe we have to keep asking ourselves that question and we have to take courage in answering that question.” 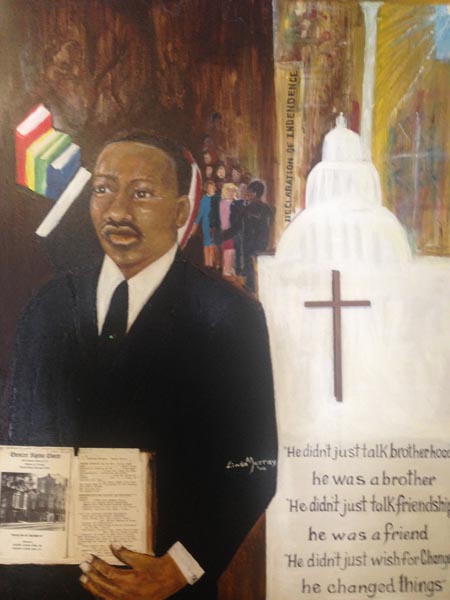 The celebration featured several community leaders speaking on the theme “Together, We Can Make a Difference” and performances by members of the community such as the MLK Community Choir, Central Coast Pipes and Drum, LDS Young Women’s Youth Group, God Squad Dance Crew, and students from Flamson Middle School. At the celebration, first, second, and third place winners of the Martin Luther King Jr. Essay Contest were announced, as well as the winners of the elementary art contest. 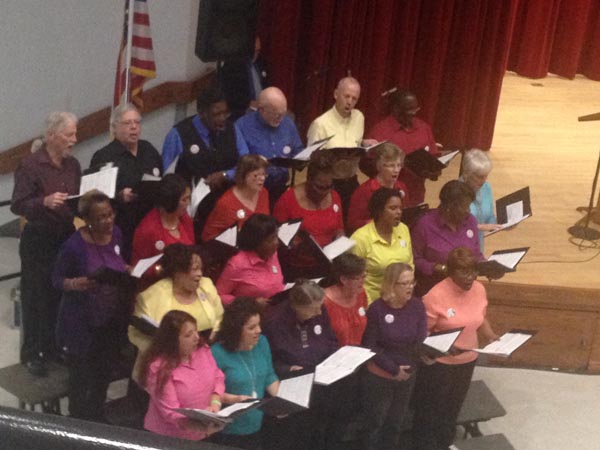 The celebration included a performance by the MLK Community Choir.

“He tells the world that we must do better. Urging that ‘we must learn to live together as brothers, or perish together as fools. All this will be possible if we look out for our fellow man,’” wrote first place essay contest winner Joseph Cantrell in his essay, “One person can make a change, but it takes a group of people to make a difference. It’s up to us to continue Dr. King’s legacy.”