The Atascadero City Council approved banning cultivation of marijuana plants and delivery of medical marijuana in the city of Atascadero at Tuesday special meeting. Photo by Heather Young

–In a special meeting called for the Atascadero City Council on Tuesday at 5 p.m., the elected body passed an ordinance that would ban the cultivation of marijuana for any reason in the city of Atascadero. The ordinance would go in effect as of Feb. 25 if the council passes the second reading of the ordinance at its meeting on Jan. 26 at 6 p.m., which is 30 days later.

“Under the ordinance as it’s proposed, there would be no cultivation of marijuana allowed in the city of Atascadero by anyone,” City Attorney Brian Pierik said during staff’s presentation. “This is your chance to take local control and change it in the future if you so decide.”

There is tight timeframe, Community Development Director Phil Dunsmore said, because the state adopted the Medical Marijuana Regulation and Safety Act that goes into effect on March 1. The bills, AB 266, AB 243 and SB 643, were passed in October 2015 and will govern cultivating, processing, transporting, testing and distributing medical marijuana to qualified patients. It also allows city and county governments the opportunity to adopt local ordinances by March 1. Local municipalities that do not have regulations in place will have to then comply with state mandates for regulation. 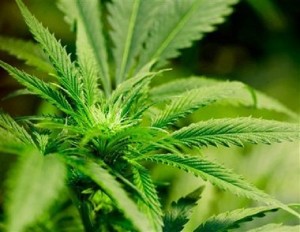 “This is really less about marijuana and more about local control,” Mayor Tom O’Malley said. “I see this as a responsive to an unfortunate goof by the state. I am certain this is going to be a topic we discuss again.”

All of the speakers during public comment expressed concerns with extending a blanket ban over cultivation and deliveries.

“I think the compassionate use act is a very good law,” said Atascadero resident Deborah McCrell, who is a caregiver for her mother-in-law who has Alzheimer’s. “I’m afraid that the city is going to impose a law that will make cultivation really difficult. I think a ban on cultivation will make the neediest patients go underground. An all-out ban I don’t think is appropriate here.”

Two speakers suggested grandfathering in or considering pre-existing conditions for those who are already cultivating cannabis plants as allowed by law.

While all five of the city council members expressed sympathy and concern for those affected, they agreed that passing the ordinance as presented by staff was the best alternative for the time being.

“I dislike that we have to do this so quickly because it is an important issue,” Mayor Pro Tem Heather Moreno said. “Medical marijuana is not something I have a depth of knowledge about. … If we don’t [meet the deadline] I think it could be detrimental to the city.”

To read the full text of the staff report and ordinance, click here.