Deaths from drug overdoses hit record in 2020 in SLO County 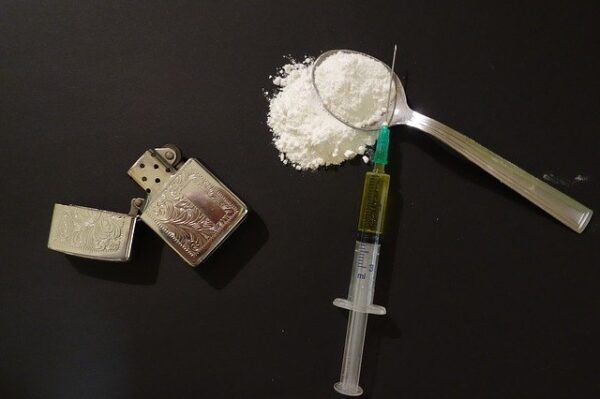 In 2020, at least 57 fatal overdoses were reported in the county. But that’s not the final number because an additional 19 deaths still under investigation by the coroner have “significant suspicion of overdose toxicity.” So total drug overdose deaths for SLO County could be as high as 76.

The majority of the deaths were due to opiate overdoses including heroin and fentanyl. Methamphetamine was also a significant contributor to the overdose deaths, as were mixtures of the drugs.

The rise in deaths is fueled in part by the powerful painkiller fentanyl, which can be 50 to 100 times more potent than morphine and has flooded the country in the past few years, according to the CDC.

The deaths in SLO County would have been worse if it wasn’t for local law enforcement and first responders carrying Narcan and using it to save lives when responding to overdoses. Narcan, a brand name for naloxone, is a medication designed to rapidly reverse an opioid overdose. It’s an antagonist drug that binds to opioid receptors and can reverse and block its effects.

The Paso Robles Department announced in March that its officers would begin carrying Narcan. “On at least three occasions this year, the police department has administered Narcan,” Police Chief Ty Lewis says.

To help control the problem, local police continue making drug-related arrests and conduct drug trafficking investigations. “Most of the people we arrest then proceed through the court system to receive treatment,” Lewis says.

The local trend is part of a national one. The American Medical Association reported this month that more than 40 states have seen increases in opioid-related deaths this year.

“Around the country, hospitals are on the front lines of the opioid epidemic,” says Dr. Cinnamon Redd, chair of the emergency department at Twin Cities Community Hospital.

“We deal with the issues of opioid abuse in our emergency rooms frequently, and therefore, we are diligent in following best practices and work with community and county agencies toward better outcomes. While the problem is obvious, the solutions are not, and require a combined, concerted effort.”

San Luis Obispo County Drug and Alcohol Services can help if you or a loved one need help with drug addiction. Call the SLO Hotline at (800) 783-0607.