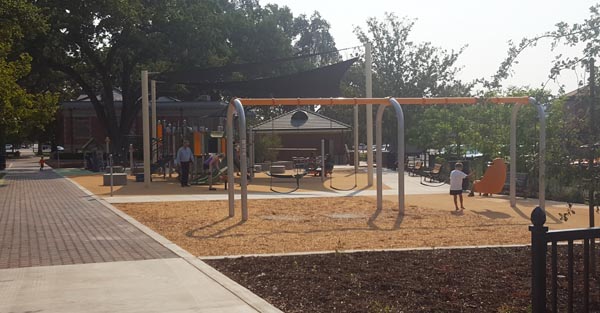 –The fences are down and the new Downtown City Park Playground is ready for action. Children and families were playing on the playground on Friday, enjoying the new equipment.

An official unveiling of all city park improvements will be scheduled in the next month or two, according to city staff.

After accepting a State of California Housing-Related Parks Program Grant for $804,450 in November 2014, city council added $650,000 in redevelopment funds to construct a project with a total budget of $1.45 million for all park improvements.