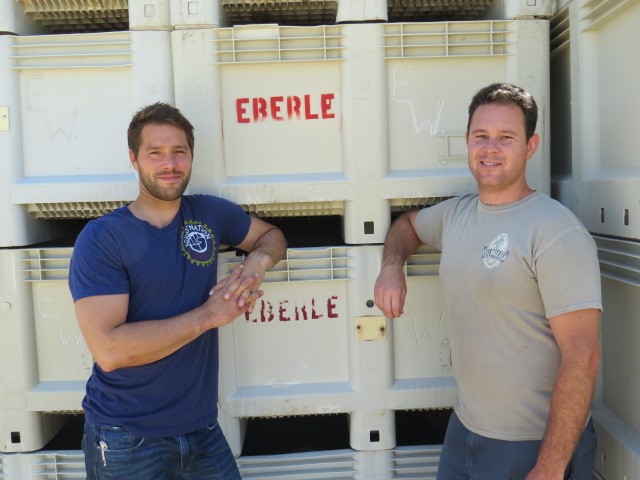 –Eberly Winery put its best foot forward during the 2016 national and international wine competition season, bringing home 60 Best of Show, Best of Class, Best of Varietal, Double Gold and Gold Medals in 18 competitions. Most recently Eberle was the only winery to place twice in the Best of Show at the Central Coast Wine Competition for its 2015 Viognier and 2015 Muscat Canelli, two of the first wines released under new winemaker Chris Eberle who started in Aug. 2015.

The 2016 Central Coast Wine Competition included more than 700 wines from the Central Coast as far north as San Francisco and south to Ventura County. The 2015 Viognier won Best of Show, White Wines and Best of Class at the 2016 Central Coast Wine Competition. The 2015 Muscat Canelli also earned a Best of Show and Best of Class in the dessert wine category. In addition, Eberle took home gold medals for the 2015 Viognier, the 2015 Muscat Canelli and the 2015 Syrah Rose’.

Winemaker Chris Eberle said he is really proud of the wines. “I’m always looking for that exceptional balance between fruit and acid,” he said. “I love finding those notes that elevate what the grapes already have to offer and then creating something special.”

Owner Gary Eberle said Chris is the best winemaker they have ever had. “He’s technical, talented, artistic and smart,” he said. “Everybody loves this guy…and he’s damned good at what he does.”

With the competitions behind him, Winemaker Eberle is now focused on the 2016 harvest and his next wines for Eberle Winery. “Last year was pretty crazy,” he said. “I came on board right before harvest. My team and I have been spending a lot of time in the vineyards and I’m looking forward to working with this year’s fruit. I’m definitely excited to see what this harvest has to offer.”