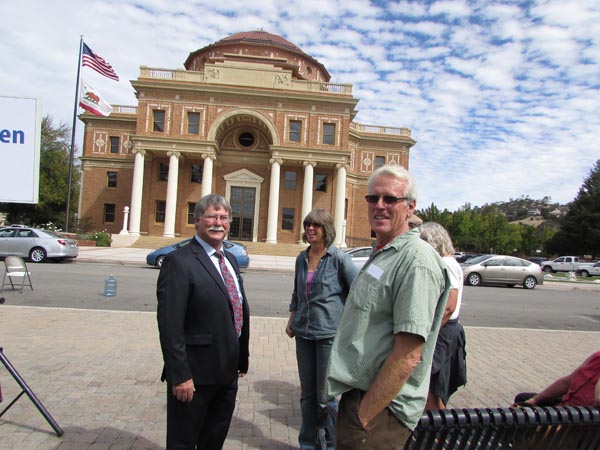 – Eric Michielssen on Wednesday announced his candidacy for Fifth District Supervisor for the San Luis Obispo County Board of Supervisors. He made his announcement at the Atascadero Sunken Gardens where he was greeted by an enthusiastic crowd, many carrying signs and placards supporting his candidacy. Michielssen was an Atascadero resident and businessman for 25 years before finally moving to Pozo.

He will be facing incumbent Supervisor Debbie Arnold, who is running for re-election to the seat. While the race is non-partisan, Michielssen is a registered Democrat and Arnold a registered Republican.

During a pre-announcement interview, Michielssen stated one of his priorities is water, not only in light of the drought, but placing decisions about ongoing water resource management in the hands of all of the people concerned rather than just a few. He said he thinks allowing all residents, regardless of their land interests to decide about forming the Paso Robles Groundwater Basin District is a step in the right direction.

In his announcement speech, he reiterated his stand for involving everyone in the Fifth District in decisions about their resources. The board of supervisors voted 3-2 in April 2015 to send the application for the water district to the Local Agency Formation Commission (LAFCO). Supervisors Arnold and Lynn Compton, Fourth District Supervisor, voted against the move. On Sept. 17, LAFCO voted to allow registered voters to decide whether they want to form a water management district.

In his announcement, Michielssen discussed the primary reasons he is running for the seat. “Our quality of life is threatened,” he said. “The district needs someone who listens and makes the best decisions.” He cites Arnold as offering “no vision, leadership or ideas” for managing the current water crisis and considers her vote on the Las Pilitas Quarry to be “shockingly irresponsible.”

Michielssen stated that some of his priorities as supervisor include reviewing the county pension fund, which he states is badly in need of a review and upgrade, repairing infrastructures and making necessary capital improvements, evaluating and improving county services for the less fortunate, providing more support for local businesses, and improving the process for those wanting to do business with the county. 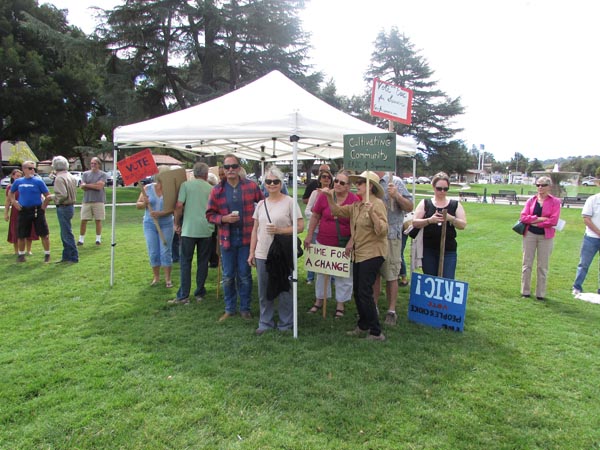 Anet Carlin, a supporter carrying a placard reading “Time for A Change,” said she sees a candidate in Michielssen who is “environmentally sensitive and a political centrist who can balance the current conservative leanings.” Carlin went on to say, “He knows his stuff. He has managed large budgets and funds and he just knows his stuff.”

Michielssen and his wife, Dana Tryde, currently own and operate Pozo Organic Farm, which they built using sustainable practices. They live on the farm, which is powered by solar energy, including two well systems. Michielssen represents other organic farmers and farmers markets on the County’s Agricultural Liaison Advisory Board, serves as Secretary/Treasurer on the SLO Chapter of the California Certified Organic Famers , President of the SLO Natural Foods Co-Op Board of Directors and past President of the San Luis Obispo Grange.

Arnold announced her re-election campaign on Sept. 29, also at the Atascadero Sunken Garden. During her announcement she stated she has “worked to promote fair distribution of water.”

Michielssen stated he is fiscally conservative and cited his experience overseeing and managing budgets in excess of $200 million as Corporate Broker and Asset Manager for People’s Self-Help Housing. He has lived and owned and operated businesses in the Fifth District for most of the years he has lived on the Central Coast, including 25 years in Atascadero. During those years he served on the Atascadero Planning Commission, President of the Chamber of Commerce, past President and current member of the Atascadero Association of Realtors, and was a founder of the Central Coast Girl’s Soccer League.

More information about Michielssen is available from his website: www.eric4supervisor2016.com. 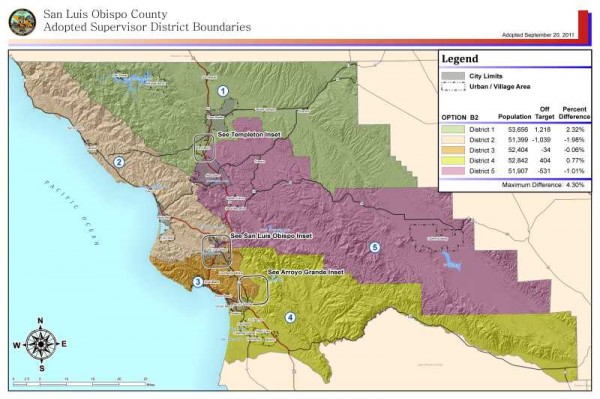