Firestone Walker named, ‘Brewery of the Year’ by Wine Enthusiast 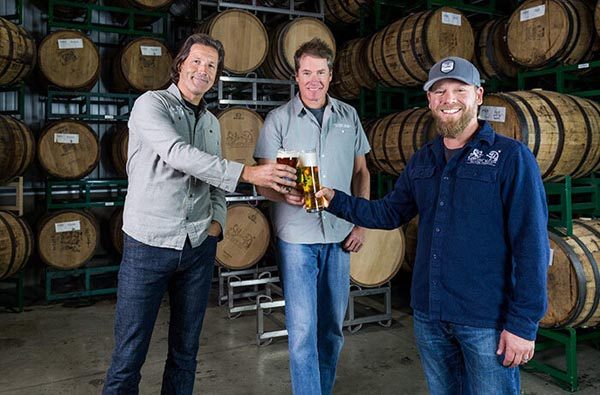 –Wine Enthusiast Magazine has announced that Firestone Walker Brewing Company has been named “Brewery of The Year” as part of its 17th annual Wine Star Awards. According to the magazine, Wine Star Award winners “are noted for their groundbreaking vision coupled with the courage to take risks and the skill to succeed.”

In all, 14 different awards were announced spanning a diverse global selection of people and companies in the greater wine, beer and spirits industries.

In-depth profiles of the Wine Star Award winners will be featured in the Best of Year Issue of Wine Enthusiast Magazine hitting newsstands on Dec. 20, 2016 or online at WineMag.com.

This year marks Firestone Walker’s 20th anniversary. Brothers-in-law Adam Firestone and David Walker founded the brewery on the family vineyard in the Santa Ynez Valley in 1996. The brewery later moved to the Paso Robles wine country.

“The Central Coast wine country has always been a part of our DNA,” said Adam Firestone.

Firestone Walker is proud to be joined by another Paso Robles fixture in this year’s Wine Star Awards mix, as Jerry Lohr of J. Johr Vineyards & Winery was named “American Wine Legend.”

“It’s an honor to share this distinction with Jerry Lohr and the other award recipients, and to spread the word about our home region,” said David Walker. Walker will attend the annual Wine Star Awards Dinner in Miami, Florida at Nobu Eden Rock on Monday, Jan. 30, 2017.