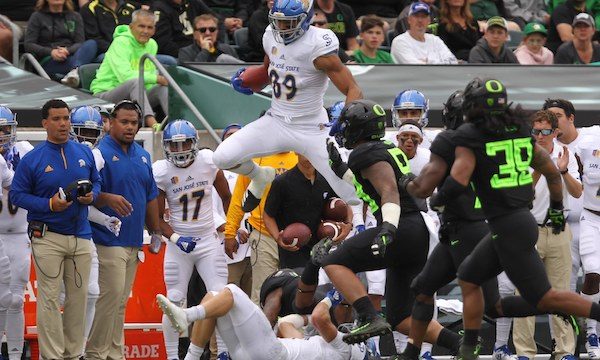 –Former Paso Robles Bearcat Josh Oliver has been invited to compete in the NFL Combine following his 2018 season for San Jose State. After Oliver led the Bearcats to a CIF Championship in 2015 he signed his National Letter of Intent to play tight end for San Jose State.