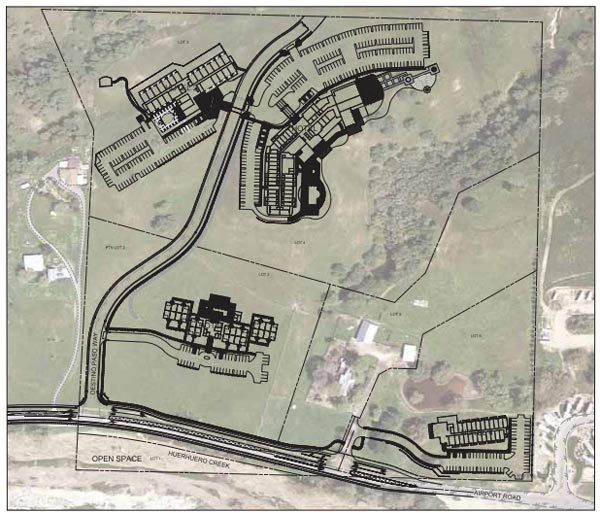 The Paso Robles Planning Commission met Tuesday night and delayed a decision on approving plans for four new hotels on Airport Road near Highway 46 East. The proposed “Destino Paso Resort” at 3350 Airport Road includes 291 hotel rooms on 40 acres adjacent to the Wine Country RV Resort and The Ravine Water Park. The proposal would replace previously-approved plans for resort with 291 casitas.

Project developer Karen Stier plans one full-service hotel, with 136 rooms, a restaurant, pool and outdoor patio, an extended stay hotel and two smaller, boutique hotels. The project would be developed in four phases with the largest hotel built first.

The commission postponed taking a vote and asked city staff for more information on how the project would affect traffic at the intersection of Airport Road and Highway 46 East. A traffic analysis in a staff report from city planners concluded that “the project may result in potentially significant operational traffic impacts.”

Water supplies for the project are already secured in the Paso Robles Urban Water Management Plan and the design is consistent with rules for developments near the Paso Robles Airport. The developer has asked to remove seven oak trees, which will require approval from the Paso Robles City Council.