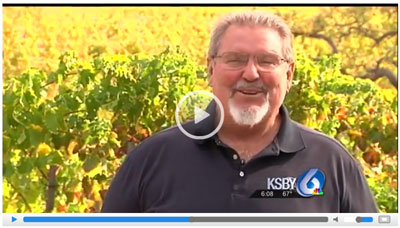 Gary Eberle was removed Monday as general partner of the winery he started in what has been called a hostile takeover, KSBY TV News reports.

The winery was started by Eberle in 1979 and is owned by him and investors, including his brother. His sister-in-law recently received power of attorney over Eberle’s brother, who is ill, and Monday initiated the take over, the report says. The winery is now being run by the trust.

He told KSBY he is “shocked and hurt” by the action. He also said the winery just had its best year ever and all partners were making good money.

Eberle is often called the “godfather” of the Paso Robles wine country for popularizing the area and inspiring dozens of younger winemakers. He is credited for being the first person in the US to make a 100% Syrah and was called the  “The Johnny Appleseed of Syrah,” by The Wine Spectator magazine. Among other accomplishments, Eberle helped found the Paso Robles AVA in 1980 and the Paso Robles Wine Country Alliance. Eberle was voted #65 as one of the top 100 most influential people in the wine industry in the USA. The winery was recently voted ‘Winery of the Year’ by the International Sommelier competition.