Estrella’s and Robert’s restaurants will move forward, business as usual

The restaurants’ menus will remain the same — classic American cuisine with a few extra flourishes at Robert’s and Latin food influenced by Chilean, Argentinian, Spanish and Caribbean tastes at Estrella. 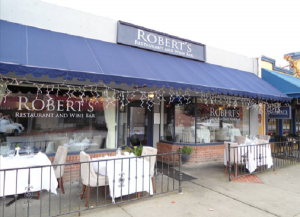 A sign at Robert’s reads, “We are pleased to announce that our Exec. Chef Justin Picard, Executive Chef Travis Borba and Manager Aric Grimes, ‘Roberts Trio,’ have purchased Robert’s Restaurant and Wine Bar, Paso Robles, CA. Customers will continue to enjoy the same great menu, staff and ambiance. We thank you for your patronage of our great restaurant and look forward to seeing you again soon.”

Picard joined the Robert’s staff when it opened in 2010 and quickly rose to the position of executive chef. Picard is part of a cooking legacy, having been raised in the restaurant business in his family’s New England fine-dining restaurant.

“Cooking isn’t just a job, it’s an art form!” he said on the Robert’s website.

The sale follows the conviction last year of co-owner Robert Clouston. He was sentenced to one year in jail for two felony counts of theft. The victim was a 99-year-old woman from Templeton. In June, he was ordered to pay $327,593 in restitution.

Robert’s is located at 1218 Pine St. in Paso Robles and has both lunch and dinner hours. 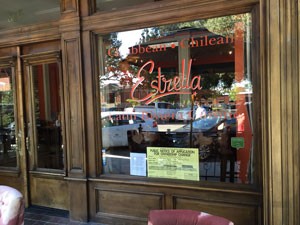 Over at Estrella, Borba and Grimes will continue business as usual, including the menu and special beer dinners, which are a house favorite.

Noticing how well their food pairs with beer, Estrella began the beer nights in 2013. Beer nights are dinners paired with unique craft beers each month.

Manager Aric Grimes said at the time, “What started as a pretty simple idea to allow our chefs to use their creativity in the kitchen, has exploded into a really energetic night of remarkable food and unusual brews you wouldn’t normally have access to. People end up making new friends and having and great time.”

Borba is a local boy with his family going back five generations on the Central Coast. He was raised in San Luis Obispo and graduated from Cal Poly with a degree in agriculture education.

Borba comes from an entrepreneurial family, and he spent some time working in the family business, Stinchfield Financial Services in Atascadero.

He was part of the Robert’s culinary team that opened Robert’s in 2010 then, in the fall of 2011, he developed a menu for Estrella. By 2013, Borba was the executive chef at Estrella.

Estrella has lunch and dinner hours and is located at 815 12th St. in Paso Robles. For more information, go to www.estrellarestaurant.com or call (805)226-5406.