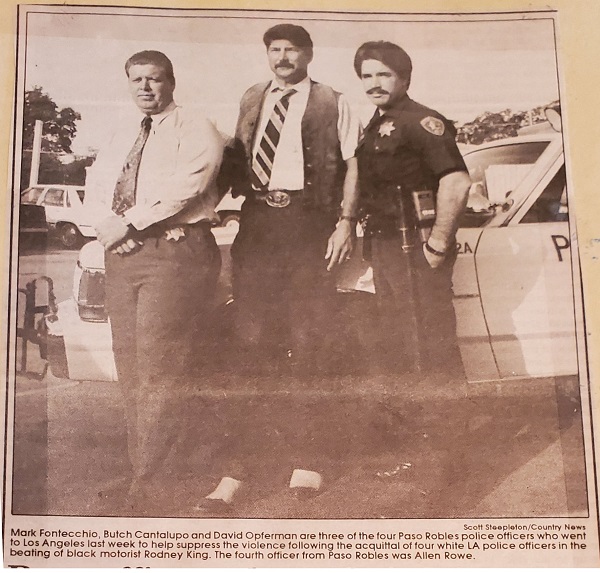 David Opferman knows what angry crowds can do. As a deputy with the Riverside County Sheriff’s Department, he was on the front lines trying to quell the disturbances which rocked Spring Break in Palm Springs a few years ago.

But the fancy cars, tanned bodies, and thong bathing suits of The Springs must have seemed a world away as Opferman patrolled the streets of Los Angeles in the aftermath of the violence following the acquittal of four white LA police officers in the beating of black motorist Rodney King.

Following last Wednesday’s verdict, rendered in a Simi Valley courtroom, LA and its suburbs exploded in riots, looting, and arson, leaving a total of 58 people dead.

Law enforcement, military, and emergency personnel from throughout Southern California were called to the City of Angels to restore the peace. Among them was Opferman, and three other Paso Robles Police Department personnel—officer Butch Cantalupo. Sergeant Allen Rowe, and detective Mark Fontecchio.