Paso Robles News|Saturday, August 20, 2022
You are here: Home » Crime » Man sentenced to 12 years for assaulting an officer while at the county jail 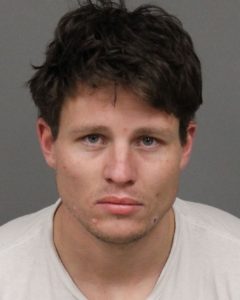 –Joseph Allen Baker, 28, was sentenced today to 12 years in state prison for assaulting a Correctional Deputy while housed at the San Luis Obispo County Jail.

This incident highlights the significant danger associated with corrections work: said District Attorney Dan Dow. “Our office stands ready to aggressively prosecute all such crimes in order to better ensure the safety of law enforcement, civilian personnel, and the inmate population.”

On March 6 2018, while serving a jail sentence for resisting arrest, assault, and false imprisonment, inmate Baker attacked a Correctional Deputy at the San Luis Obispo County Jail. The attack occurred as Baker was being moved from one part of the facility to another and resulted in the correctional deputy suffering a broken nose, fractured orbital bone, and nine stitches to his cheek area.

On Aug. 29, 2018, Baker pled no contest to felony assault upon a custodial officer and admitted to personally inflicting great bodily injury on the victim. Baker also admitted to having a prior serious felony conviction for criminal threats, an enhancement under California’s Three Strikes Law. Superior Court Judge Jacqueline Duffy sentenced inmate Baker to 12 years in state prison.