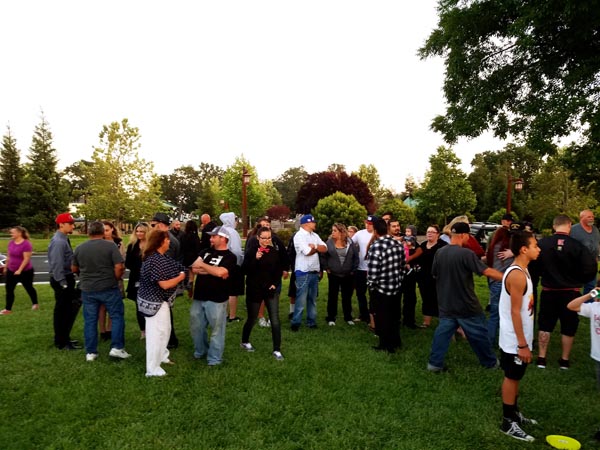 –On May 15, a memorial barbecue was held at Sherwood Park to celebrate the life of long time Paso Robles resident Chad Rice, who recently passed away at his home after several years of battling pulmonary hypertension.

Rice, who was recently married at his Paso Robles home while on hospice, passed away May 3. A longtime resident of Paso Robles, Rice was well known in the community as a beloved friend, family member, and neighbor. 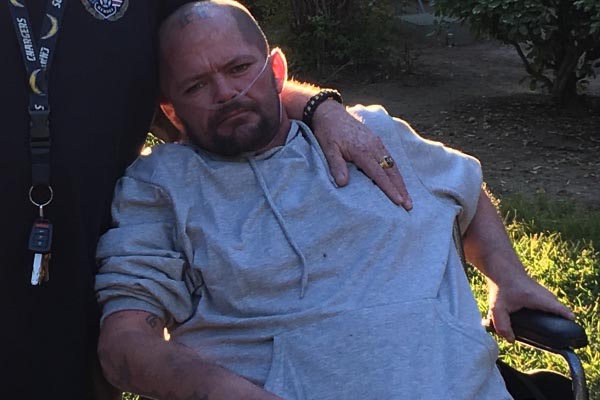 The memorial began at 5 p.m. as friends and family alike gathered in Sherwood Park to rejoice and share memories of times spent with him. As time progressed, more and more people gathered, with over 70 people in attendance by 6 p.m. Once everybody was together, sister Katrina Rice-Smith addressed the events leading up to the memorial.

“I remember recording cassette tapes of him singing ‘I love rock n roll… put another dime in the jukebox baby’, I remember his love for mashed potatoes and my mom telling him ‘you’re not getting any more mashed potatoes, you haven’t even touched your meat’ and then him touching his meat and saying ‘there I touched my meat’,” said Katrina. 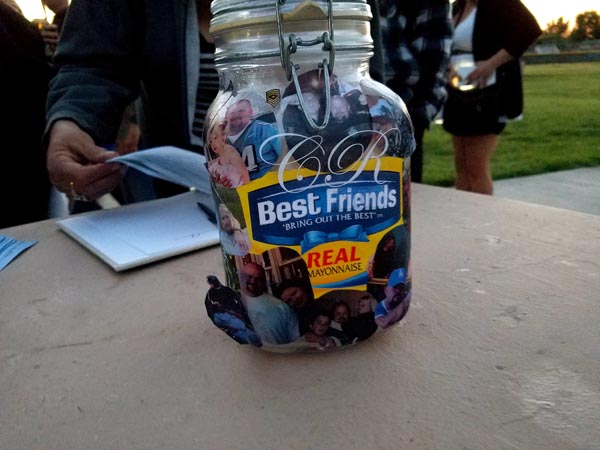 When Rice was in the hospital, he told everyone that he wanted to be cremated and put into a jar with the Best Foods label but instead he wanted it to say “Best Friends” and have the jar covered with pictures of him, friends, and family.

“But I am not going to talk about those memories today,” she continued, “Today I am going to talk about why we are really here. My baby brother wasn’t murdered, or killed in a car accident, nor did he die of cancer. No, my little brother was an addict…” Rice was addicted to meth, heroin, and oxycodone. “My brother was a strong man, stronger than most, but he wasn’t stronger than his addiction. I knew then that God had chosen me for a reason… I will tell his story; I will yell it from the rooftops. I will not let his death be in vain.”

Friends and family of Chad Rice hope to draw attention to the problem of addiction and encourage fellow addicts to seek help.