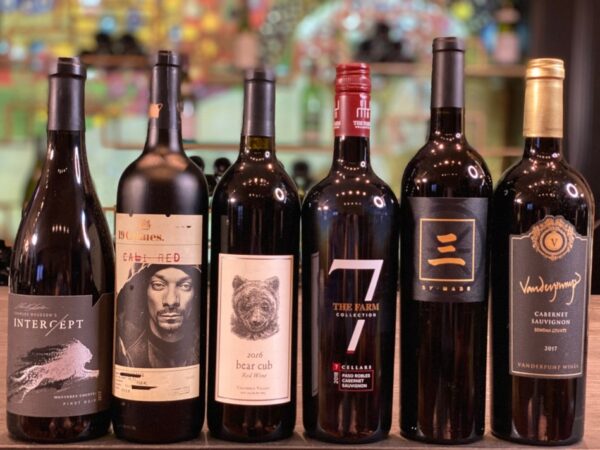 –He may be one of the greatest defensive players in NFL history, but Charles Woodson’s wine was playing offense in wine expert Mark Oldman’s latest celebrity wine competition, the “Celebrity War of the Red Wines”. “The Farm” a Paso Robles cabernet sauvignon from 7 Cellars of Paso Robles placed fourth in the competition.

Woodson’s Intercept Pinot Noir had all the right moves with 32% of the total votes, while a Washington State red blend from actor Kyle MacLachlan, best known for his roles in Twin Peaks and Sex in the City, scored a strong 21% of the votes. Snoop Dogg’s 19 Crimes “Cal Red” avoided the doghouse by retaining a place in the middle of the pack (16%).

With hundreds of households logged in via Zoom, Oldman instructed the group on how to evaluate red wine and then presented the six contenders. Participants voted through Zoom’s online polling system, with the following results:

Woodson’s Intercept wines are available at a suggested retail price of $20. The starting line-up includes a cabernet sauvignon and red blend from Paso Robles, with a pinot noir and chardonnay from Monterey County. Woodson is an 18-year NFL veteran, former NFL Defensive MVP and Heisman Trophy winner.

Says Oldman: “The quality and likability of this particular cohort of celebrity wines were impressive. Even the lower-ranked wines would make for an excellent holiday gift”.

For the full results, including the winner of the best wine label, visit: https://www.markoldman.com/nfl-woodson-snoop-wine/

Registration for these tastings is free but seats are limited: https://www.markoldman.com/virtual-wine-tastings-mark-oldman/