Paso Robles News|Sunday, June 26, 2022
You are here: Home » Opinion » Opinion: Off-roading at the dunes is a unique and valuable resource that cannot be replaced

Opinion: Off-roading at the dunes is a unique and valuable resource that cannot be replaced 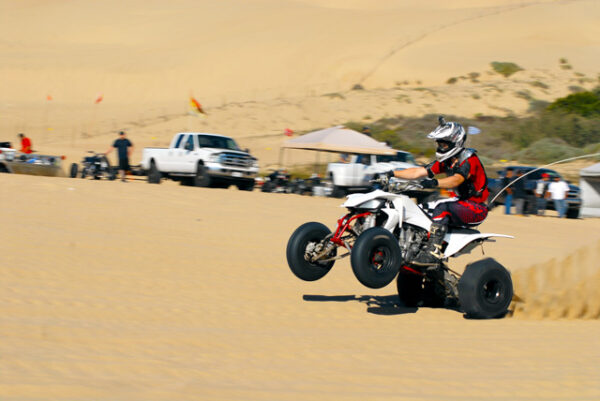 By Bryan Henry, president of the American Sand Association

–As a kid growing up in Southern California in the 1970s, I was fortunate to have a year-round dune season. In the winter, we would head out to the desert dunes at Glamis or Dumont, and summertime trips would be to Pismo Beach, as we knew it at the time.

Back then, the riding area covered 15,000 acres, and my family’s favorite spot to camp was at Lake Oso Flaco, sheltered from the constant on-shore wind. On at least one day of our trip, we would pack a lunch and head down to Devil’s Slide, the biggest, steepest hill in the dunes. For the vehicles of the day, simply reaching the top was a significant challenge, and not many were able to do so, although most tried!

Unfortunately, visitors today cannot replicate those experiences, with the area open to vehicles having shrunk to 1,500 acres at most, and a further 400 acres closed during nesting season for the snowy plover and least tern.

With only 5.5 miles open to vehicles, the beach at the Oceano Dunes State Vehicular Recreation Area (as the park is now known) represents 0.65% of the 840 miles of California coastline. But despite closing down 90% of the dunes, the park is still a major economic driver for the surrounding communities.

Closing down the ODSVRA would impact the economy with a loss of over $150 million. On top of that, the budget for operating the park comes primarily from the California OHV fund, also known as the Green Sticker program. Removing the vehicles that provide this funding would mean fewer dollars available to the California Department of Parks and Recreation for managing the park. Continuing to use Green Sticker funds for operations at the park should OHVs be removed would be a serious breach of the mission and intent of the Green Sticker program. And California’s OHV owners are extremely sensitive to misuse of these funds, given the failure of the legislature to pay back the “loans” used to shore up the general budget in difficult economic times, as well as mismanagement, highlighted especially by the discovery in 2012 of $33 million of OHV money stashed in a “slush fund”.

The Oceano Dunes State Vehicular Recreation Area is a unique and valuable resource for San Luis Obispo county that cannot be replaced. As a major attraction for the local communities, it is imperative that the purpose of the park, OHV recreation, remain in place for generations to come.