Paso Robles News|Saturday, December 3, 2022
You are here: Home » Opinion » Opinion: Systemic oppression is here in Paso Robles, and the school board won’t listen

Opinion: Systemic oppression is here in Paso Robles, and the school board won’t listen 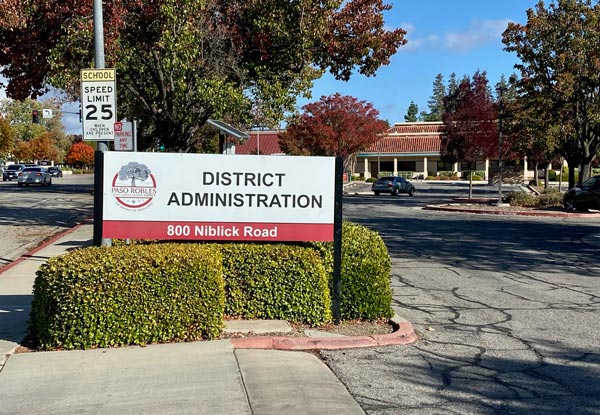 If you live in Paso Robles, it’s time to pay attention

Our school board has been flying under the radar for many, many years. Our children have been growing up with bullying and harassment based on their race and sexual orientation. The board and superintendent just close their eyes. They ban critical race theory (CRT) which was not even being taught and LGBTQ+ flags bigger than 2×3 feet, but they don’t ban the hate towards minorities or their personal political views from interfering in the well-being of our children. This has to stop!

Paso Robles, we must do better, so we can have a better future for our children if we step up now.

It all started with school board president member Chris Arend’s long essay attempting to debunk systemic racism last summer. At the time of publication, Arend’s opinions created outrage in Paso Robles as locals wondered what to do in light of George Floyd’s murder, increasing violence towards Asians, and continued hatred towards immigrants. Publicly, some of us wrote counter-opinions, voiced our concerns at public meetings, and said that systemic racism was here, but nobody on the school board cared to listen.

Privately, many of us wondered what kind of slippery slope Arend’s rhetoric would invite and whether Paso Robles was a safe community to raise a family.

And that slippery slope showed up. Four out of seven board members agreed with Arend’s claim that systemic racism does not exist and voted in favor of his ban on CRT, a political move that did nothing of positive substance in the schools. In fact, this ban just made it easier for any parent unhappy with a teacher’s curriculum to accuse the teacher of teaching CRT – creating a witch hunt for already underpaid and unsupported education staff.

When the ban passed, Arend told Fox News that he found “critical race theory to be just an absolutely disgustingly racist ideology that has been developed with the intention of really driving a wedge between various groups in America, various ethnic groups, and to use that to absolutely ruin our nation.”

It turns out that Chris Arend is the actual wedge in our community.

What can Paso Roblans do?

Paso Robles, we are better than this! We must listen to the minorities in our community. Even if you have not experienced prejudices, that does not mean it doesn’t exist. Listen to the marginalized.

Our high schoolers’ response to the LGBTQ+ flag incident was a great example of standing up to hate. The school board will not support these children so we, in the community, must stand up and be vocal for them. How can we become a safe place for all, if we are unable to recognize our own faults? Every member of our community should feel welcome here and banning CRT just gave more power to the racial bias in our community and more power to only teach whitewashed history.

Arend’s denial and the subsequent support from Superintendent Curt Dubost and most of the board members have resulted in consequences for all. Arend perpetuates the systemic racism he claims doesn’t exist. It’s hard to believe amid our beautiful grapevines and rolling hills, but the circus is here.

So, how is it that each of these issues don’t symbolize systemic racism and discrimination? With Arend at the center of all these issues, he has not only sown division, but has demonstrated tremendous hypocrisy while turning Paso Robles students, administrators, and parents into his political football. From Fox News appearances to an upcoming campaign roadshow around the state, it’s clear that he – and those who enable his dangerously ignorant rhetoric – have not only compromised the ability for students to get a balanced education but also created additional hurdles for the community. These are traits that not only lack character, but are devoid of any integrity expected of someone in public service.

Students, parents, and community members, if you care about the future of this town, your voice matters!

We want to urge all residents to help us make Paso Robles a Paso for everyone. Take a stand!

Please join us to:

Change is afoot here in Paso, with students, parents, and citizens awakened from the brazen, dangerous, and careless rhetoric of our school leaders led by Chris Arend and supported by other school board trustees. After reading this, our hope is that you now believe systemic oppression is here, and we really hope this time, you’ll finally listen and stand up against it. Invest in the future by fighting for our children’s rights no matter our differences.