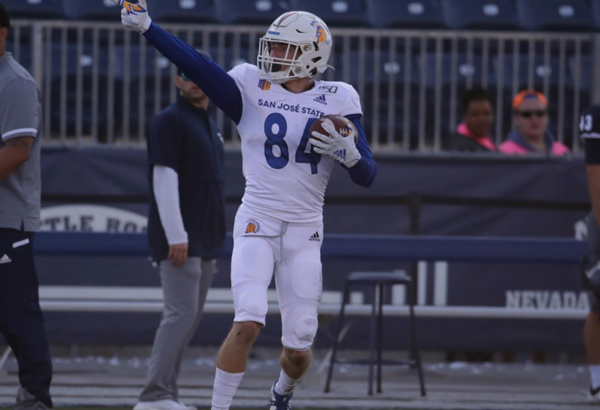 He was named one of six players to watch in the game by the Arizona Daily Star. The reviewer says, “Perhaps no player benefited more from Starkel’s transfer to the Spartans than graduate student Bailey Gaither. Gaither was the team’s second-leading receiver a year ago behind Tre Walker but has blossomed into a true No. 1 threat this season. The 6-1 wideout was named All-Mountain West First Team after leading the team in receiving yards (725) and averaging over 100 yards per game this year, including a 10-catch, 208-yard performance against New Mexico in October. Gaither has nearly 200 more receiving yards than Walker in the same number of games played and is tied for second on the team with four touchdown catches.” 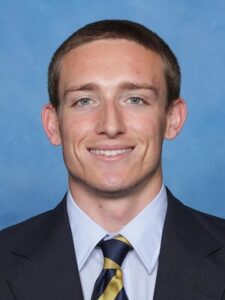 Gaither is a graduate student in his sixth season with the Spartans. He is a dynamic wide receiver and special teams player. He’s played in 37 games with 20 starts. Twenty-two of his 42 career pass receptions are for 20 yards or more. He has five games with 100 or more receiving yards as a Spartan. He set a school record for consecutive games with a touchdown reception in 2019 with six. Played two games with two TDs.

He signed his NCAA National Letters of Intent in February 2015.

At the time, when asked who was integral to his success as an athlete, Gaither did not hesitate, saying, “My family is always there for me even through the ups and downs, the wins and losses. I am very grateful to my family as well as my teammates, my coaches, and my friends — I would not be where I am without them.”

In May, he earned a degree in Communication Studies at SJSU.