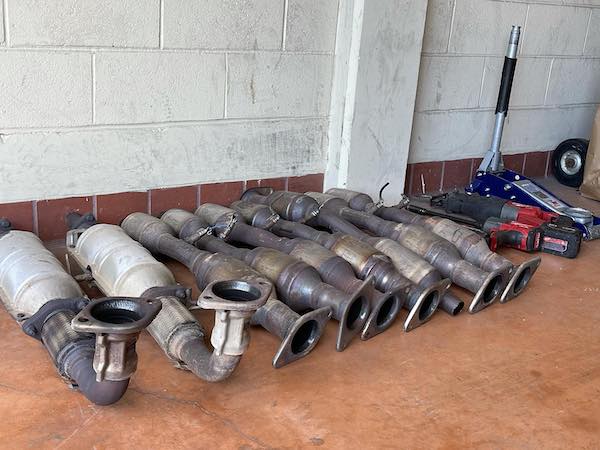 A short time after, an officer spotted a silver Prius and stopped it near Marsh and Higuera. When he contacted the occupants, he found eight catalytic converters, a jack, and the tools used to steal the converters. The two suspects, who are out of Merced, were arrested for grand theft, conspiracy to commit crime, possession of burglary tools, vehicle tampering, and drug charges.

On Thursday, an officer was able to reunite several of the converters to their rightful Prius owners. The police department says they appreciate those residents who were quick to call when they heard and saw suspicious activity.