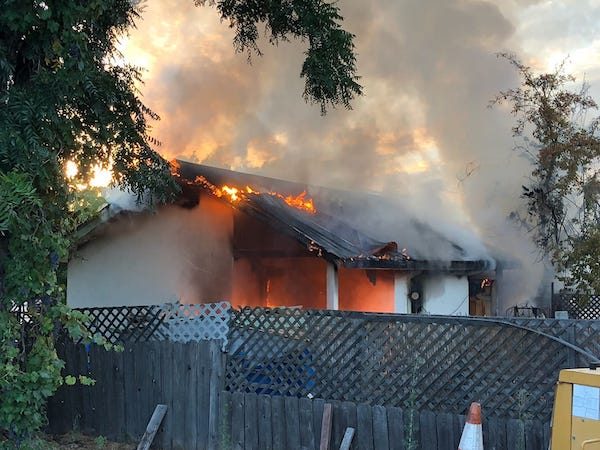 –On Aug. 26, 2019, at approximately 7:19 PM, Atascadero Police Department (APD) along with Atascadero Fire and Emergency Services (AFD) responded to the 1500 block of El Camino Real regarding a structure fire at a residence. Units arrived on scene and discovered a residence was fully engulfed with flames. AFD put the fire out and a joint fire investigation began with APD and AFD fire investigators to determine the origin of the fire. Due to evidence at the scene it became evident the fire was intentionally set.

During subsequent follow up investigation, witnesses were contacted in the area. One witness stated that after the fire began, a small truck was seen quickly fleeing the residence. APD was informed this truck belonged to Charles Scovell, a resident of the house that was on fire.

At approximately 11:46 p.m., an APD officer located the above mentioned vehicle associated with Scovell leaving Motel 6 in the 9400 block of El Camino Real. A vehicle stop was attempted on Scovell’s vehicle based on the arson investigation and vehicle code violations. Scovell failed to yield and a vehicle pursuit ensued.

APD officers, along with members of The San Luis Obispo Sheriff’s office, pursued Scovell into Paso Robles and onto Highway 46 East past Airport Road. Scovell turned around and the pursuit continued back to the City of Paso Robles. Scovell stopped at the intersection of 46 East and the US 101. 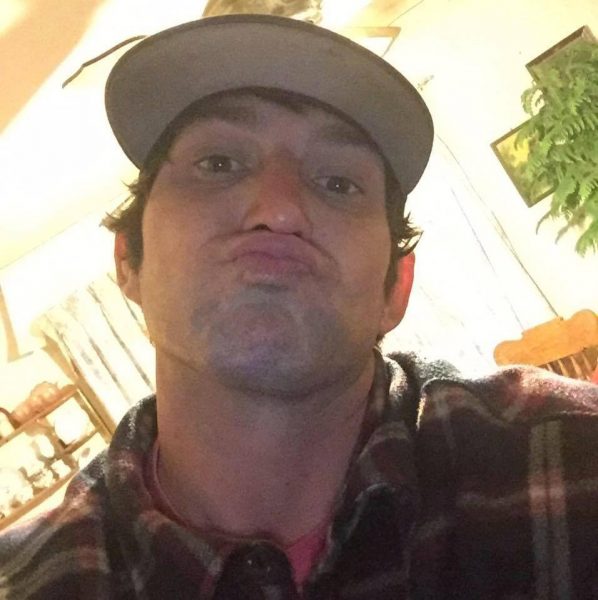 Scovell refused to comply with the commands of officers at the scene and an APD K9 was deployed. Scoville was able to escape the K9 and get back onto his vehicle.

The pursuit continued onto US 101 southbound at speeds in excess of 100 miles an hour. Spike strips were deployed as the pursuit traveled Southbound on US 101 at Curbaril Avenue. Scovell’s vehicle was disabled by the spike strips.

Due to the deployment of the spike strips officers were forced to fall back from the pursuit. Subsequently, Scovell was able to temporarily evade the officers.

Officers located Scovell’s vehicle abandoned in the driveway of Motel 6 in Atascadero. It was determined Scovell had rented a room at the motel earlier in the day. Officers surrounded Scovell’s room and called for him to surrender, but he refused to comply.

Due to Scovell‘s violent history, as well as weapons possession and outstanding firearms being registered to him, the San Luis Obispo County Special Enforcement Detail (SED team) was called to assist in taking Scovell into custody.

Following a lengthy standoff with SED, Scovell was eventually taken into custody when SED officers made entry into the room. Scovell was transported to Twin Cities Hospital for injuries sustained during the incident. He will later be booked at the San Luis Obispo County Jail, and charges will be filed with the DAs office for evading a peace officer, resisting arrest, and other related charges.