Paso Robles News|Monday, June 14, 2021
You are here: Home » Region » SLO City Council to discuss use of tear gas at protests

SLO City Council to discuss use of tear gas at protests 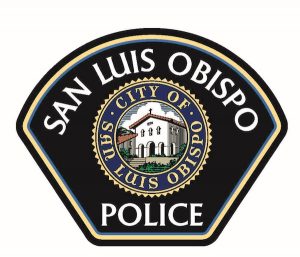 After action reviews are a common tool used by police agencies following a significant incident to document the response and provide a foundation for community dialog. “It’s important for the police department, the community, and the city council to fully understand all aspects of this major incident. We want to understand what made this protest different from the nearly 70 others the city supported last year, what led up to the use of tear gas, what options police leaders had when responding to the protest, and more,” said Derek Johnson, City Manager. “This report will help us all as we collectively move forward to reinforce trust, support the constitutional right to peacefully protest, and minimize the possibility that tear gas or similar tools will be used in the future,” he added.

The methodology used for the review was derived from the National Police Foundation process, which is nationally recognized as a best practice for after-action reviews. The city contracted with independent consultant James Bueermann of Future Policing Strategies to review the after-action report and provide recommendations, and with independent consultant Kari Mansager, who conducted anonymous interviews with community members to create a safe space for protest participants and community members to provide reactions, perspectives, and recommendations based on their experiences. In addition to her consulting role, Mansager is director of Diversity, Inclusion, and Outreach at Cal Poly, San Luis Obispo. Finally, recommendations from Gov. Newsom’s statewide task force on policing and protests that occurred throughout California this past summer and fall are also included.

Prior to the council’s Feb. 16 meeting, the police department will review the report with representatives from numerous community organizations through its “Police and Community Together” (PACT) program and SLOPD Roundtable. PACT organizations include Transitions Mental Health, St. Stephen’s Episcopal, Tranz Central Coast, Diversity Coalition of SLO County, Central Coast Commission for Inclusive Schools, JCC Federation of SLO County, Women’s March SLO, People of Faith for Justice, Elevate Christian Church, GALA, and the Anti-Defamation League. The roundtable includes representatives from a broad array of community interests, from business to healthcare to industry.

“We take seriously our commitment to partner with the entire community and especially with those who represent diverse perspectives. Input from PACT and Roundtable members – and everyone in our community — on the after-action review will give us invaluable insights as we move to heal from the events of June 1, 2020,” said Jeff Smith, Interim SLO Police Chief.

To receive updates from the City, please register for City News e-notifications on the City’s website at www.slocity.org or follow the City of San Luis Obispo on social media.

The City Council will be accepting public comment regarding this report. Public comment can be submitted in the following ways:

In advance of the meeting – Call (805) 781-7164; state and spell your name, the agenda item number you are calling about and leave your comment. The verbal comments must be limited to three minutes. All voicemails will be forwarded to the council members and saved as agenda correspondence. Voicemails will not be played during the meeting.

During the meeting – Join the meeting/webinar (instructions on the cover of the agenda posted on Feb. 9, 2021).

Watch a short clip of the incident captured by the Mustang News below: