SLO Tribune owner to be acquired by hedge fund 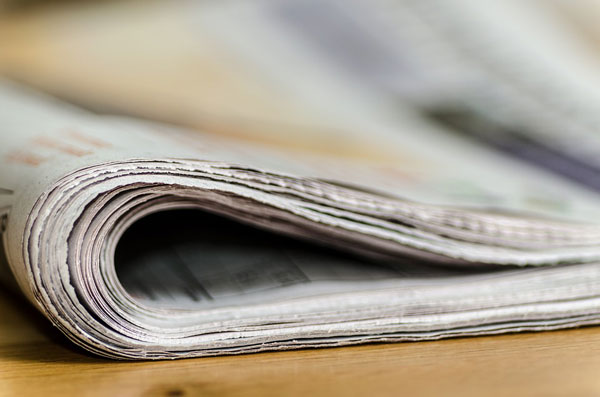 –McClatchy Company, the owner of the San Luis Obispo Tribune and more than two dozen daily newspapers, announced Sunday that the auction held as a part of its court-supervised sale process has concluded with Chatham Asset Management deemed the successful bid.

McClatchy had filed for bankruptcy in February. The company’s filing came after it faced a mandatory $124 million contribution to its pension plan. McClatchy’s pension plan was reported to be underfunded by about $535 million. The company’s total debt was more than $700 million, according to reports.

According to McClatchy, under terms of the proposed agreement, which will be finalized and filed with the U.S. Bankruptcy Court in the coming days, McClatchy will transition out of Chapter 11 as it entered it: in its totality, as one company serving 30 communities across America through its iconic local news titles, from the Miami Herald and The Charlotte Observer to The Raleigh News & Observer, The Kansas City Star, Fort Worth Star-Telegram and The Sacramento Bee.

The proposed agreement positions McClatchy to exit Chapter 11 protection in the third quarter of 2020, having achieved a resolution and restructuring of the company’s complex legacy debt and pension obligations, while maximizing value for the company’s creditors, McClatchy says. Notably, the company continues to expect that the Pension Benefit Guaranty Corporation (PBGC) will assume McClatchy’s qualified pension plan, The McClatchy Company Retirement Plan. McClatchy is contributing an estimated $1.4 billion in pension assets to the PBGC.

“From the outset of this voluntary Chapter 11 filing, our aim was to permanently address both the company’s legacy debt and pension obligations and strengthen our balance sheet in order to provide greater certainty and stability to the wider group of our colleagues and stakeholders who benefit from a restructured McClatchy,” said Craig Forman, president and CEO of McClatchy.

“We’re pleased that Chatham and the supportive secured first-lien creditors believe in our business and our mission and are helping to achieve these goals,” he said. “Local journalism has never been more vital and we remain steadfast in our commitment to delivering on our mission and continuing to serve our communities.”

The agreement will be subject to court confirmation, currently scheduled for a hearing on July 24, 2020, as well as customary regulatory approvals and other customary closing conditions.