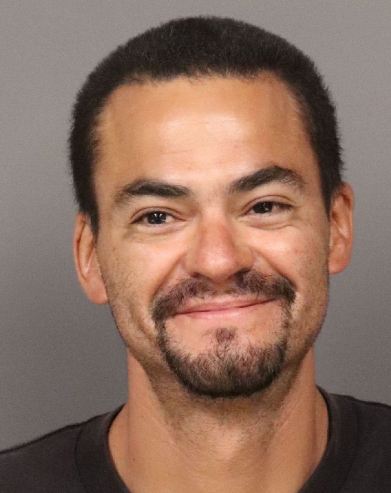 –The Paso Robles Police Department on Thursday released a photo of the man arrested this week in a SWAT team raid. Police arrested Lauro Valenzuela, 36, and labeled him a “person of interest” in a shooting incident in Paso Robles.

–At about midnight early Wednesday morning, local authorities surrounded a home in the 2300 block of Winter Wheat Place in Paso Robles. They served a search warrant and arrested Lauro Robert Valenzuela, 36, on a felony probation warrant.

Valenzuela is a person of interest in the shooting at the 1100 block of Alamo Creek that occurred the previous evening, police say. 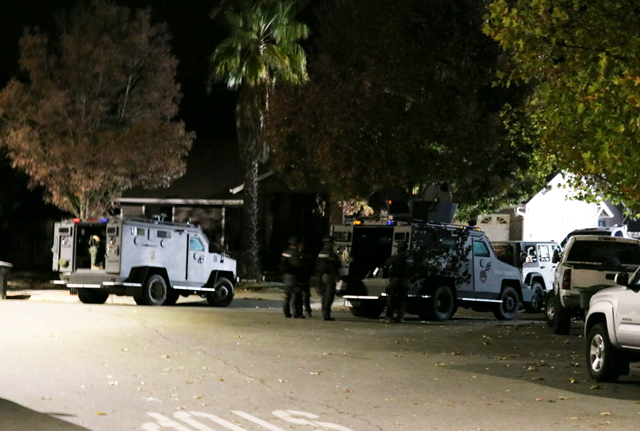 After making an arrest, investigators were brought to the home for an evidence search. 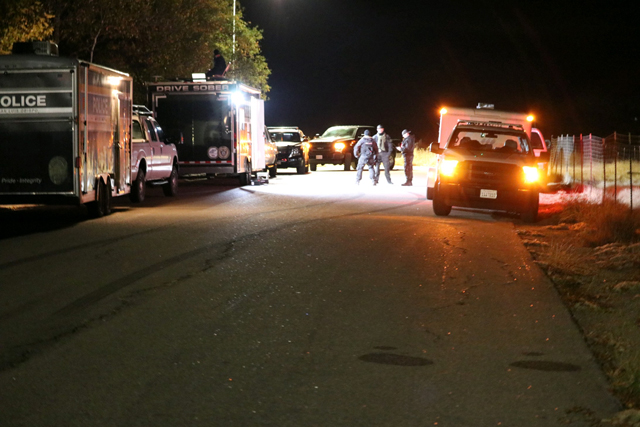 Police stage at a command center a few blocks away on Meadowlark Road. Photo by Jason Brock

In 2012, Valenzuela was arrested for a probation violation. He was arrested while authorities were investigating a shooting that occurred July 27, 2012, in the 3300 block of Spring Street. The SLO County Sheriff’s Office identified him as a Norteno gang member living in the city of Paso Robles.

In 2017, Valenzuela was sentenced to two years in prison for possessing a loaded firearm and a controlled substance.

Police say this is an ongoing investigation and ask anyone with information about this case to call the Paso Robles Police Department at (805) 237-6464 and ask for Det. Bryce Lickness. Persons wishing to remain anonymous are encouraged to call Crime Stoppers’ 24-hour hotline at 549-STOP or by texting “SLOTIPS” plus your message” to CRIMES (274637).