The Drillers baseball club is now 19-3 after state tournament 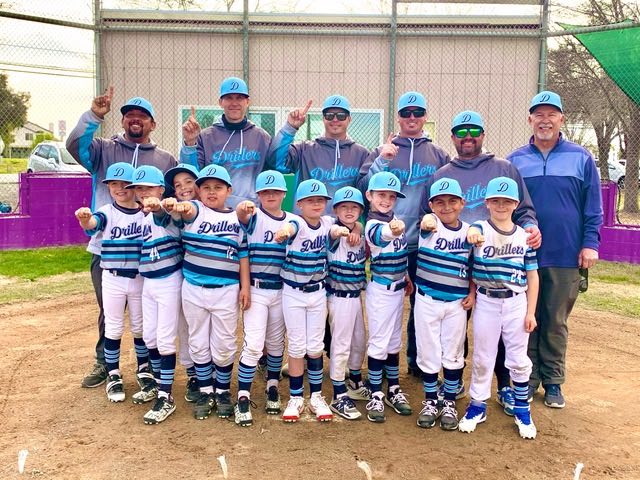 –The Drillers Baseball Club, an 8-and-under traveling baseball team, competed this weekend in a 24-team state tournament in Lake Elsinore, Calif. The Drillers were the underdogs going into the tournament, up against teams from San Diego, San Bernadino, and greater Los Angeles area.

On Saturday’s pool play, the Drillers surprised everyone by beating a team from Redlands Calif. 22-0. Next, the Drillers faced the number 5 team in the country. The Drillers battled hard but fell short.

Sunday was elimination day with the Drillers seeded eleventh. Drillers ace Landon Berry showed everyone why he is considered one of the top pitchers in the state. Facing Riverside, Calif, Landon threw a fourteen strikeout gem helping the Drillers upset the Riverside Cali team 4-2 in a hard-fought game. Next, the Drillers face a Chino hills Thunder, a powerhouse out of Chino Hills Ca.

Again the Drillers pitching dominated with Mays Sorrentino getting the start. Mays struck out 10, with Jay Flores coming in for the save. The Drillers’ offense came alive with Landon Berry and Huntington Teague with multiple hits. In the end, the Drillers pulled away and won 6-3.

The Drillers found themselves in a championship game against unbeaten Whittier Combat. The weather was 87 degrees and this was the third game for the Drillers. Once again, the Drillers pitching was the difference. Because of inning limitation on the pitchers, the Drillers relied on four different pitchers to hold the high power offense of Whittier and win in extra innings 8-7. Hudson Rodrigues pitched the last three innings for the Drillers for the save. Drillers were behind 3-1 in the last inning when Maris Sorrentino stunned the Whittier fans and tripled to left field scoring the go-ahead runs.

This certainly was a David vs. Goliath story with the Paso Robles boys prevailing.