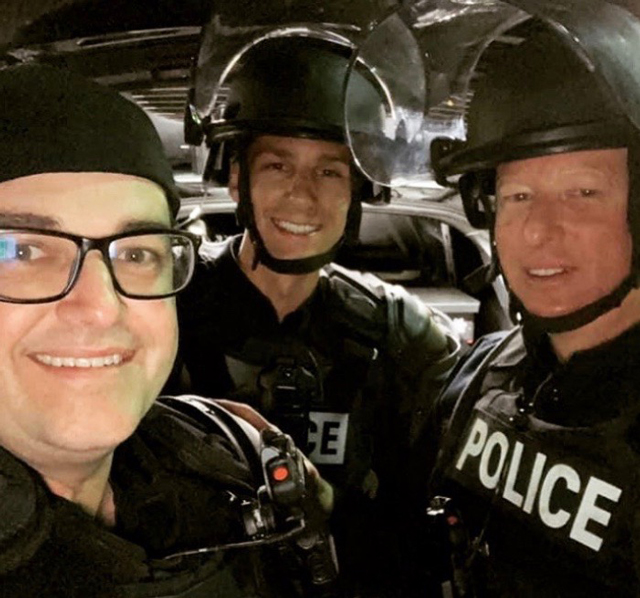 On Saturday evening three Paso Robles Police officers headed to Los Angeles to assist with riot control after the city and county of Los Angeles put out a call for mutual aid.

Sgt. Steve Boyette, along with officer Tyler Pierce and officer Matthew Worley packed up and headed south to assist Los Angeles Police Department, Los Angeles Fire Department, and other agencies with the destructive riots, looting, and fires taking place due to protest demonstrations over George Floyd’s death in Minneapolis, Minnesota, on May 25.

“We are assigned to follow LAFD to protect the fireman which means we are going into places that are not secured or safe by any means,” Officer Worley said in an interview on Monday.

The SLO County Sheriff’s Office issued a statement saying, “that while we have sent a significant number of law enforcement personnel to Los Angeles County, we have sufficient resources to maintain the safety and security of San Luis Obispo County.”

On Sunday, more than 100 locals protested in the Downtown City Park and remembered Floyd’s death. A similar protest was held in San Luis Obispo.